Pippa Middleton Parties like a Royal in the Hamptons! 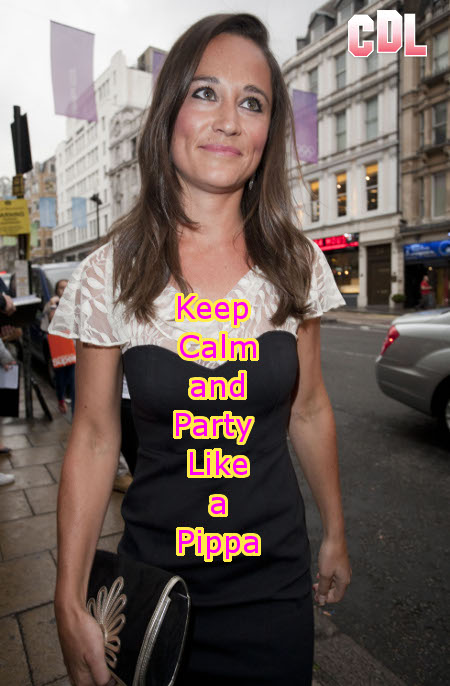 Pippa Middleton, little sister of future Queen of England, Kate Middleton, has landed in New York City. Remember months ago when Pippa was involved in that Paris gun scandal? Well, it was reported then that she was planning a move across the pond, to a place where waving guns is normal, and where she would be revered not only for her money, killer pilates body, or hair, but for her connection with the royal family.

Whether Pippa is here to scout out that perfect penthouse on fifth, or just on a short holiday is unknown, but you can’t deny that her arrival will help to pull away attention from Harry’s Vegas party.

Pippa is set to release her party planning book, Celebrate: A Year of Festivities for Family and Friends, at the end of October. Because almost everyone in the UK is antimonarchist and tired of watching the royals be fancy and proper, some savvy PR exec has obviously encouraged Pippa to go to the land where all things British gain ten cool points upon entry.

Pippa enjoyed a short flight from the city to the Hamptons, where People Magazine reported a royal sighting, “at Sunset Beach . . . Middleton was spotted enjoying a friendly game of ping pong with owner André Balazs.”

I would love for Pippa to move to the US! That makes her so accessible. And think of all the trouble — uh, fun — she would have. Let’s hope that she’ll have fun playing ping pong with Balazs (who is almost twenty years her senior). Will Pippa’s landing help to detract attention from Harry? Will you be purchasing her book in October so that you too can celebrate like a royal?