Ben Roethlisberger Buys His Way Out Of Rape Case 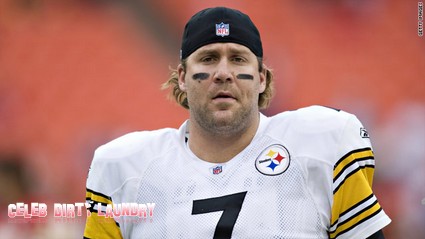 Ben Roethlisberger has lots and lots of money and it’s a good thing for him that he does. The superstar Super Bowl quarterback for the Pittsburgh Steelers managed to settle a lawsuit – out of court – filed by Andrea McNulty who claimed that in 2008 ‘Big Ben’ raped her.

Lawyers for Roethlisberger and McNulty announced today that the two sides have reached an agreement which ends the lawsuit. Neither side is saying how much Roethlisberger had to cough up to get off the hook.

McNulty filed the suit in Washoe District Court in 2009, claiming Roethlisberger lured her into his penthouse suite and forced her to have sex – we call that rape. McNulty sought general and punitive damages, as well as $380,000 to cover medical expenses for care she needed to deal with the emotional distress she suffered from the rape.

Roethlisberger faced similar allegations in Georgia from a 20-year-old college student in March 2010. The girl accused Roethlisberger of sexual assault after a night of drinking at a bar. Georgia authorities investigated the allegations, but no charges were filed.

McNulty worked at the Harrah’s Hotel in Lake Tahoe at the time of the rape and claimed Big Ben invited her into his penthouse suite to fix a broken TV – but then her forced her onto the bed and raped her.

What a bum this Roethlisberger is – a real pig – what ever happened to heroes?