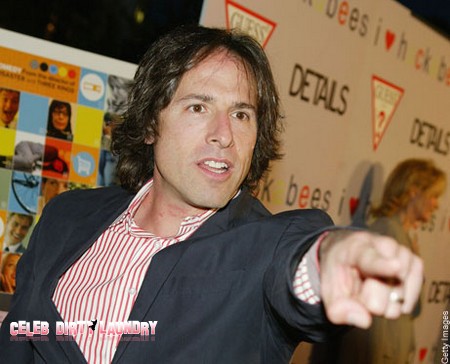 Oscar-nominated director David O. Russell – the man who brought us “The Fighter” molested his transgender niece who is just 19 years-old. Florida Police are investigating charges that David grabbed and fondled the breasts of his niece – who is transgender – she was born a man but has since become a woman. Apparently David told the police that everything he did to the poor girl was ‘consensual.’ Ya right! Then why did she call the cops on her Uncle 3 days after the incident – obviously his niece did NOT agree to be groped.

TMZ has the details: The Broward County Sheriff’s Dept. has confirmed … Russell has been accused of inappropriately grabbing his niece’s breasts during a workout session at a South Florida hotel gym on Dec. 30.

According to the police report taken 3 days after the incident, Russell’s niece … who was born a man and is currently in the preoperative phase of her transition … told cops the two had been doing abdominal exercises when he asked questions about her transformation.

The niece — who does NOT have a blood relation to Russell — told cops they began to talk about her breasts … and how certain hormones she’s taking have made them larger.  According to the report, the niece claims Russell then “put his hands under [her] top and felt both breasts.”

Police report that David explained that during the conversation about her chest, the niece informed him that one of her breasts was bigger than the other. David told police that his niece asked him to “pinky swear” that he would never tell anyone about the incident.

According to the cops the case is currently under investigation and authorities plan to re-interview both parties. The case will eventually be submitted to the Florida State’s Attorney’s Office, which will decide if criminal battery charges will be filed.

TMZ says that David’s agent, lawyer, and publicist will not return their calls – this entire incident truly sounds both sick and sickening.