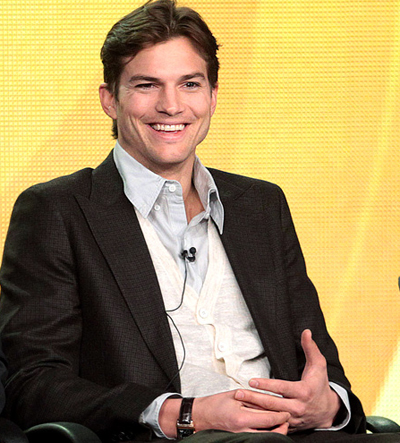 Ashton Kutcher‘s scraggly beard and long, hipster hair are no more! The 33-year-old Two and a Half Men star is now sporting a much more cleaned up look, thanks to the insistence of his show’s writers.

“These guys wrote a screenplay that dictated I cut my hair and shaved my beard,” Ashton told reporters recently during a press conference. “Watch on Monday, it’s a real good show.“

According to EW.com, Ashton’s Two and a Half Men character, Walden Schmidt, decides to change up his look, in order to impress his “romantic interest” on the show, presumably his girlfriend played by Mimi Rogers.

Ironically, while Ashton’s new look is a result of his character going through a divorce and starting a new relationship, the actor is going through the same thing in his personal life. After splitting from wife Demi Moore last November, Ashton is said to have a new girlfriend named Lorene Scafaria, although he’s claimed that the two are just “good friends.”