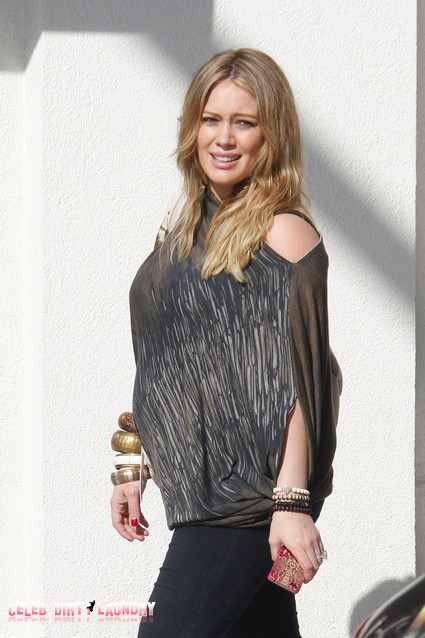 Being 7 months pregnant certainly isn’t going to stop Hilary Duff from working on a new album.  Hilary, 24, was seen leaving a Pilates class on Friday, glowing as always and looking beautiful and happily pregnant.  Let’s also note the darker locks – good look on you Hil.

Hilary has always expressed her desire to record another studio album, her last album Dignity was released in 2007.  So it was no big surprise that Hilary was spotted hitting up a recording studio, where both her and her producer shared some tweets.

Cute, I guess they worked will together.  Hilary and her husband, 31-year-old NHL player Mike Comrie, are expecting a boy in March.  Looks like he’ll be the first to hear his mama’s songs!