Pregnant Snooki To Return To The Shore 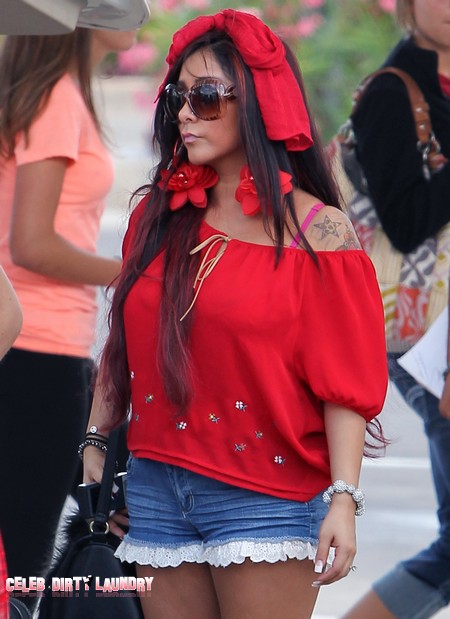 Just when you thought that Snooki would be leaving the shore for good (well, at least to have a baby anyways), you thought wrong.  MTV, those behind that special reality show known as Jersey Shore, has confirmed that there will not only be another season, but it will also include mom-to-be Snookster.

Oh dear god.  I just don’t know how I feel about this.  I’ll be the first to admit that I’ve found myself enthralled by the mindless entertainment that follows the cast of the show.  Who doesn’t want to lie on the couch and soak up some Shore shenanigans? Ok, so not everyone – but really, a pregnant Snooki?  What’s she going to do, hold the fort down while everyone is taking down shots at Karma?  She doesn’t cook, and she doesn’t clean – yet she drinks like no ones business.  Whatever will become of this new dynamic?

While details are style up in the air, we do know that the Shore will tape this summer and that the network released a statement hinting that there will be new themes to explore.

“While things will definitely be a little different this time when they hit the boardwalk, their trademark hilarity and family dysfunction will remain the same,” an MTV rep teased.

Okay..whatever you say. Obviously I’m curious.  I guess a new little meatball in the mix could be interesting…