Prince Harry And Chelsy Davy Back On! Will Chelsy Be The New Kate Middleton? 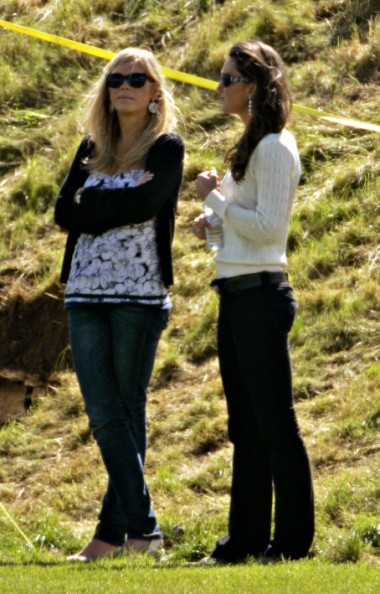 Chelsy Davy and Prince Harry can never stay away from each other for too long. The couple are slowly rekindling their on-again off-again romance and were spotted spending the weekend together at a music festival in Berkshire.

According to the Daily Beast, royal sources say Harry and Chelsy’s relationship has enough steam in it to last for quite awhile longer. The palace declined to comment on Harry’s personal life but this is just another piece of news that has royal watchers thinking there could very well be a Princess Chelsy in the future.

When Chelsy managed to snag an invite to Kate Middleton’s and Prince William’s royal wedding last year people believed that she was finally settling into the fact of being Prince Harry’s plus one for good but busy schedules and royal engagements have relegated the couple to merely friends with benefits status.

I’m hoping for so much more! I’m a huge Chelsy Davy fan and I think the monarchy needs her. It’s well documented that I’m obsessed with Kate Middleton but I’m losing hope that she will be the breath of fresh air that Windsor needs. She will play the proper wife to William and usher in modernity to Buckingham Palace but she won’t be as exciting and unpredictable as Princess Diana was. That’s not her fault – that’s just who she is. Chelsy, on the other hand, is a cool chick who’s man enough not to let Harry cheat and steamroll all over her. She’s fun and vibrant and doesn’t take his shit and, since everyone else fawns all over Harry, I like the fact she keeps him on his toes.

There are some people that think Chelsy’s dicking him around and has been for years but I truly believe she’s not ready for royal life. I think she’ll come around but it might take some coaxing which is cool. Not every girl has to run for the tiara like Kate. I like that Chelsy is not waiting for Harry. She goes on dates with other guys and she actually has a career she can fall back on if it doesn’t work out. She wouldn’t so much be the new Kate Middleton but the anti-Kate Middleton which would be so fun to watch.

Can you see Harry and Chelsy going on a royal tour to Jamaica together? It wouldn’t be all stuffy and staged like Kate and Will’s trip to Canada. It would be fun and relaxed and they’d put back some beers, get smashed, grope each other inappropriately and dance the night away with the natives. How awesome would that be? Am I totally out of my mind thinking that would actually happen? Probably. Do I care? Nope. It makes me happy to dream.