Prince Harry Wants To Be A Bartender 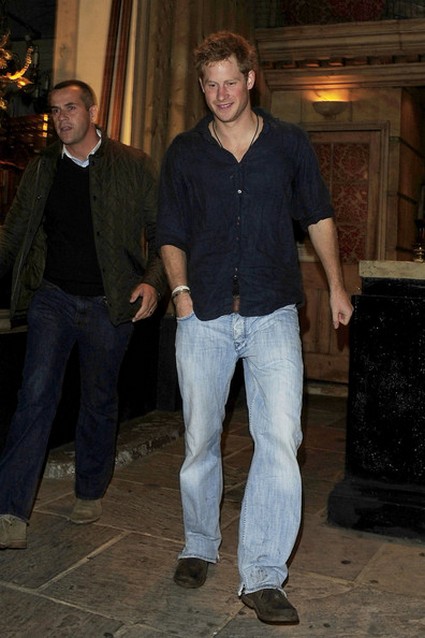 Prince Harry reportedly wants to be a bartender – or at least to learn how to mix better cocktails. Prince Harry is a well known lover of partying and the ambitious royal seeks to improve his cocktail mixing skills – he is even willing to go back to school to achieve his goals. His Grandmother, Queen Elizabeth II, must be so proud!

According to Britain’s Now Mag, Harry is all set to enroll in a course that teaches all the tricks bartenders need to know in order to mix perfect alcoholic drinks.

Harry, 27, is renowned for his fun loving ways, even leaping off a balcony after a wild night out just hours before his brother Prince William’s nuptials last year.

According to sources at London’s Goring Hotel, which had been booked out by Catherine’s family in the run-up to the nuptials, Harry and a group of stayed up until 3am and the party only came to an end when Harry decided to leave with an athletic leap from a balcony which saw him land awkwardly on one ankle.

A source said: “People were surprised to see him there so late before one of the biggest wedding days of the decade, and even more surprised when he jumped off the balcony – and landed with a thump.”

“He had struggled to climb up the railings to get into position, so when he jumped over the edge he did so rather unsteadily and landed awkwardly next to a flower bed.”

“He flinched for just a moment before he stood up, rubbing his ankle. Then he looked up, smiled and waved to a roar of cheers before disappearing on to the lawn where there was a secret exit.”

The next morning, Harry could be seen walking awkwardly as he and William arrived at Westminster Abbey.

If better bartending entails more drinking, then Harry could be in trouble.