Prince Harry Warned by Bodyguards: Next Time the Camera Could be a Gun! 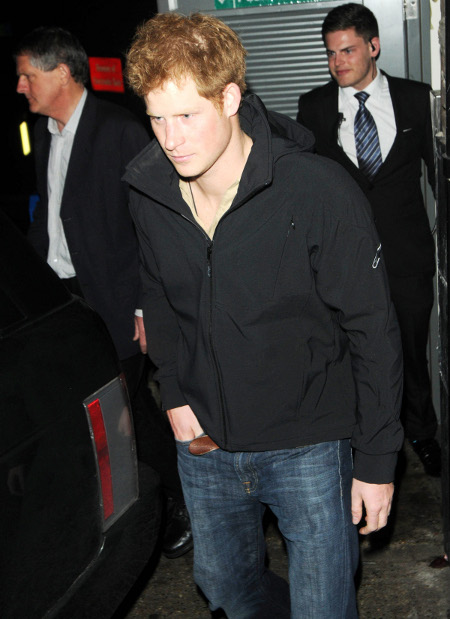 In the wake of the leaked photos of naked Prince Harry surrounded by girls he’d met and invited into his hotel room, Harry has found himself in some hot water — really hot water. He’s been bashed by pretty much everyone important and now Ken Wharfe, who helped look after Princess Diana, is weighing in on the drama

His mother’s former bodyguards are warning Harry about the silly risks he is taking considering his personal security – as well as his reputation. While no one seemed to be aware of the fact that the young ladies he had met were taking pictures of the Prince on their cameras, the late Princess Diana’s bodyguard warned Harry that next time . . .  it could be a gun instead of a camera.

“I’d have told him it wasn’t a good idea to have those women in his room — and I’d have banned mobile phones at the door.” That sounds like a smart idea. The former Metropolitan Police inspector insists that while they are there to protect Harry for security reasons, they are not there to regulate his life. I take that to mean Harry is going to have to face the music on his own.

The Royal Family has yet to formally comment on the pictures, so it looks like Harry will be in deep, deep water when he returns to the UK. Oh how I would love to be a fly on the wall when the Queen sits down with her grandson. If I were Harry, I’d be scared . . . very, very scared. To get caught up on the Prince Harry nude photo scandal click here.