Kate Middleton Personally Thanks Women Who Made Royal Wedding Dress 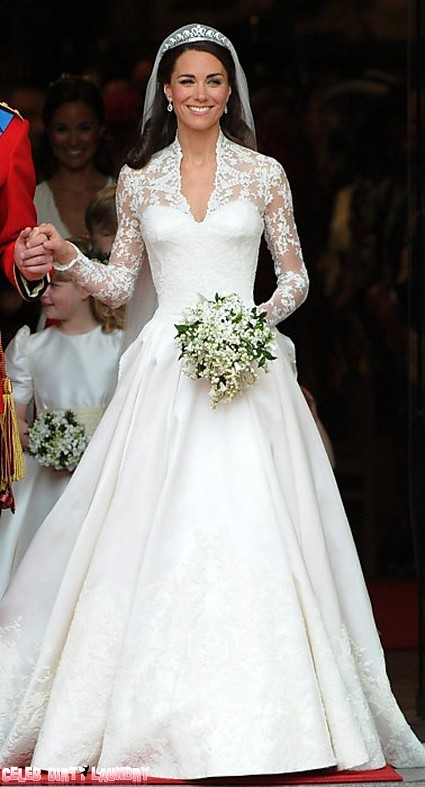 Kate Middleton looked like the picture perfect fairytale bride when she walked down the aisle to marry Prince William last April.  Now the Duchess of Cambridge has personally thanked the women who worked day and night to make her iconic royal wedding dress. As if seeing their handiwork splashed across television screens, the internet and magazines worldwide wasn’t enough – they’ve now had a thankyou from Kate herself!

The Duchess made a secret visit to the Royal School of Needlework at Hampton Court Palace in London on Tuesday. That’s where she met with the master embroiderers who poured their blood, sweat and tears into the dress for her special day.

So why not just write a thank you note? One of her friends explains ‘Catherine was keen to express her gratitude in person to the women who worked so hard on her dress. She was very conscious of the pressure that they were under’ Nice to know she hasn’t forgotten the little people now she’s in line to one day become Queen.

The dress was completely hand stitched using a very old lace making technique. Then individual flowers were hand cut from the lace to form the unique rose, thistle, daffodil and shamrock design. It’s hard to believe that the women who made the dress come to life didn’t know that the piece they were working on was for the royal bride. They only found out moments before the rest of the world did when Sarah Burton from Alexander McQueen was announced as the designer.