Princess Beatrice And Madonna Party Together 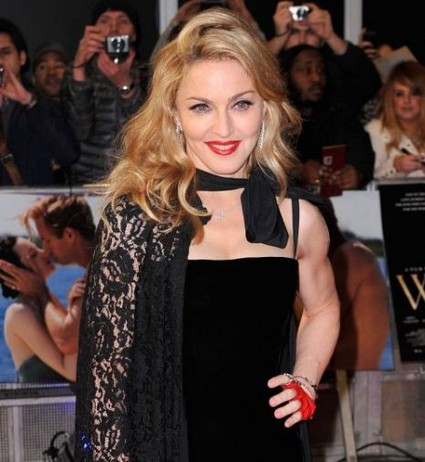 Britain’s Princess Beatrice and Madonna partied together at The Material Girl’s movie premiere party.  The princess – whose parents are Prince Andrew and his ex-wife Sarah Ferguson – got down at the Arts Club in Notting Hill, London on Wednesday to celebrate Madonna’s directorial debut ‘W.E’, which premiered earlier that evening.

Other famous faces at the afterparty for the film – which tells the story of Wallis Simpson, the American divorcee King Edward VIII abdicated the throne for, interspersed with a modern day story – included rapper Kanye West, who left the bash with model Sasha Volkova at the end of the night.

Beatrice has had a busy week of partying. Life is tough as a spoiled royal… .  Last night, the 22-year-old Beatrice was seen leaving London nightspot the Embassy Club wearing a short black skirt, tights and black jacket.

Beatrice is said to be planning to undertake a series of internships before she decides on her future career path.

A royal spokesperson said recently: “She hopes to broaden her knowledge and experience to complement her position as a member of the royal family. She will look to progress this work into other relevant areas.”