Promo Photos And Video Revealed for ‘The Walking Dead’ Season 3 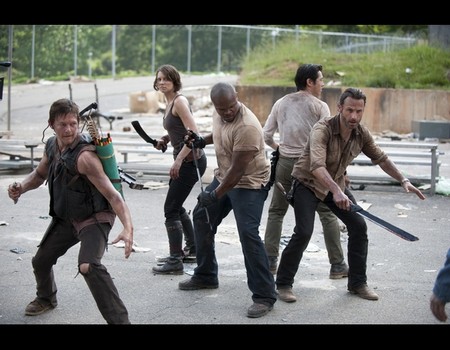 For those of you who’ve never heard of The Walking Dead and are a little confused, here’s a little bit about one the best shows on TV. The Walking Dead is a post-apocalyptic zombie TV series known for its intense nail biting drama, awesome action and zombie massacre.  The show is based off of a comic book series of the same name, so far it’s already had two seasons aired on AMC and the promo pictures released are for the upcoming third season of this show which airs October 14th, 2012.

There are plenty of shows I can’t wait for that will be returning sometime during the fall and The Walking Dead is absolutely on the top of my list. There are a couple of months for fans having to wait until this AMC hit airs again, but the network is being generous and have released some new promo pictures and a video for this highly anticipated third season.

AMC released 16 pictures in total and in these photos we some returning characters such as; Rick Grimes and Daryl Dixon, also don’t forget those interesting new characters Michonne and The Governor will be making an appearance.

There are photos showing survivors, but most of all there’s a ton of bloody close-ups of this new seasons’ Walkers and there are a couple of pictures of zombies getting completely mutilated by the survivors. The life of a zombie isn’t as easy as it seems, since you have to always fear of people with blunt, sharp or range weapons not wanting to offer their brains to you.