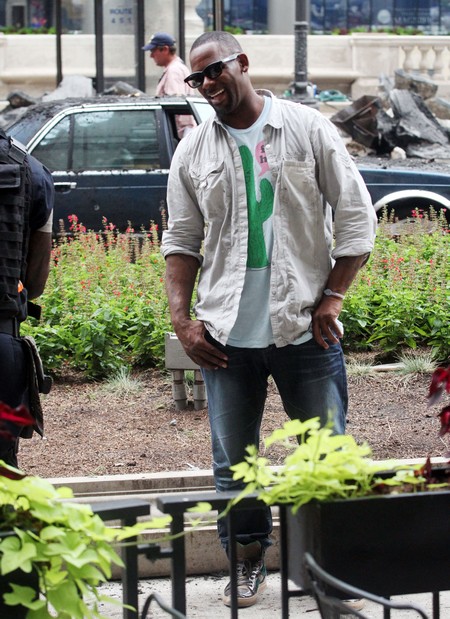 R Kelly‘s spokesperson said that the R & B singer was scheduled to appear in New York to promote his new book and album when he suddenly felt sick and had to be taken back to Chicago. Excuse me?

Apparently R Kelly had throat surgery last year to treat an abscess on his vocal cords. They are alleging that he might have some complication due to that. You know chicas, quiet must have been kept because this is the first time this chica has heard this about him.

Maybe he didn’t want it to get out last year because he thought it might hurt his career. Well moving right along his new album “Write me Back” I have not heard any stirring on it, meaning I don’t know if it’s good or bad. This might be the reason he was going to make those promotional appearances to get the party started for his new album.

Let us not forget about his new book, “Soulacoaster: The Diary of Me”, Hmmm…., who knew he could write. Now I know and can only hope that he did not write down all of his shenanigans because we all know he has had a lot.

I hope he made the book a little soul searching and not a tell-all and doesn’t do any name dropping. Because if he does, quite of few people will be very upset, Whew! Mr. Kelly good luck with your throat, get well and hope to see you at an appearance soon.