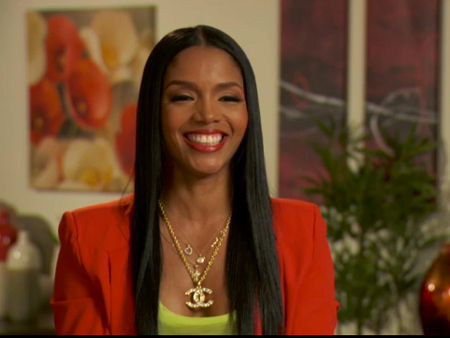 What do you get when you put two singers together in one anxiety driven reality show? Sparks? Madness? Hair pulling? No, you get one of the most horror filled letters ever written. Love and Hip Hop Atlanta star Rasheeda Buckner has had more than enough of R & B singer, K. Michelle. A while ago, Rasheeda publicly proclaimed that K. Michelle’s sordid tale about abuse by her ex boyfriend Memphitz (omg…) is all a big fat lie. K. Michelle freaked out like Bruce Jenner and hit out against Rasheeda both online, and on the show. Rasheeda lashed back and wrote an open letter, where she called K. Michelle a “sad, desperate rat, and a fraud.”

In the now infamous letter, Rasheeda wrote, “I find it real sad how this desperate rat Fake. Michelle can’t keep my name out her mouth. It’s sad how a person wants sympathy but every word & gesture out of her mouth is slapping a b*tch and whooping a b*tch a**. First, when you see Toya you gone slap her on site (YEAH RIGHT), then you threaten to whoop Kandi a** but when you seen her at the hair salon you was quiet as a mouse. Now, today u have another interview out claiming your only regret was you wish you would of slapped the sh*t outta me & hit me with a 1/2 punch. That alone should make people question your character. [sic]”

Rasheeda continues in the caustic letter, “All of our careers Me, Kandi & Toya we have been nothing but positive women to the public. Everything you say is violent. You keep preaching about being abused but threatening to abuse others. You hit Karlie in the head with some silverware, she should of pressed charges against your a**. But my point here is, we are witnessing you physically & verbally abusing several women via interviews, blogs & twitter bullying and it’s a sad a** shame for someone who is claiming to be a victim.[sic]”

Wow, wait, this is like watching a train heading for a brick wall with a crying Kardashian as the conductor.

“You’re playing the public trying to make them think you were abused but we know that story has a lot of holes in it.So, the police came to the hotel and seen you beat & abused like you telling the world and didn’t lock up a black man in Memphis, TN???? B*tch please, where they do that at! You claiming you didn’t want to press no charges, but they would of took that into there own hands by law. Its a shame you trying to sell this old a** story but keep threatening to hurt others in the process. The sad part is the media & the fans have to wait and continue to watch you self-destruct while everybody else already know the truth about you. Sorry ya’ll! [sic]”

Even if K. Michelle’s story is true, Rasheeda still goes so far as to say that she respects women who have really been abused, “As far as any woman who has been a victim of domestic violence my heart goes out to you all and I wish you nothing but the best but this chick right here is a FU**ING FRAUD. [sic]”

Our words cannot possibly express the sheer magnitude of this letter, so we’ll re-adjust our gaping faces and allow the letter from hell to speak for itself. Love & Hip Hop Atlanta airs Monday nights on VH1. Let us know in the comments below if you think this letter is warranted or not. What do you think of Rasheeda’s letter to K. Michelle?