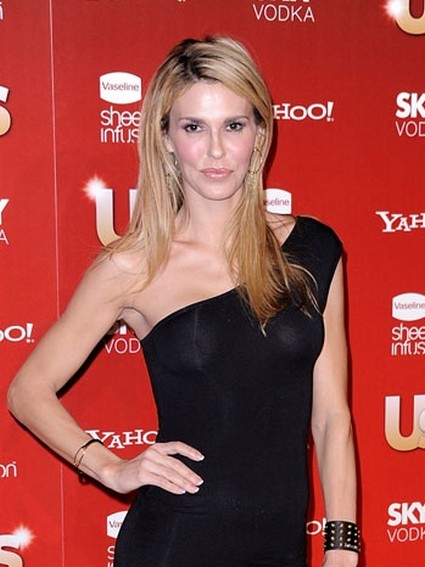 So apparently – unbeknownst to me – there’s a show out there on Bravo called “Watch What Happens Live” hosted by Andy Cohen.  It’s basically an interactive show that features guests from the world of entertainment, politics, and pop culture.  Why have I not been watching this?

You can bet I’ll be tuning in now – especially after Andy’s most recent guest, Brandi Glanville of ‘Real Housewives’ fame – and the now ex-wife of Eddie Cibrian.  Just to refresh your memory, Eddie is famously known for leaving then-wife Brandi for country crooner LeAnn Rimes.  LeAnn and Eddie met while shooting a made-for-TV movie together.  LeAnn was also married, and I have no idea the name of said movie – I’m not sure if anyone does for that matter.

So Brandi sat down with Andy (bahahaha) on Monday night where she was asked several questions – only getting the opportunity to say, “plead the fifth” with one question.  Brandi used it right away when Andy asked her what she would do or say to LeAnn.  So we know how she feels about her, no big surprise there.

It wasn’t until she was asked (and keep in mind she had to answer), “Who is the most famous person, besides Eddie Cibrian, that you have hooked up with?”

Why is this not entirely surprising?  Maybe because Gerard exudes mad sex appeal and has never been one to commit.  After the audience shrieked, Brandi went on to reveal the ‘week of fun’ her and the Scottish hunk shared last summer.  She also shockingly revealed that on a scale of 1-10, Gerard went all the way up to 11.  Holy $#@^%!!!

So far, Gerard has had no comment.  Big surprise.