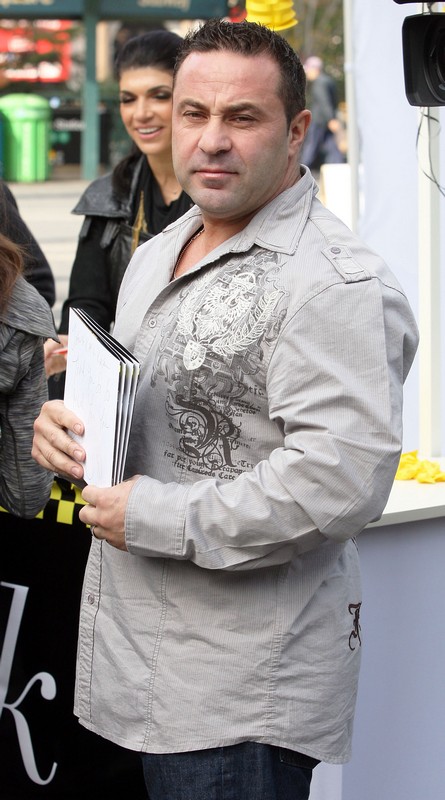 The claws were out on part one of The Real Housewives of New Jersey and so was the dirty laundry!  The entire hour was devoted to the reality TV massacre of Teresa Giudice in her Christmas pageant dress. Aside from swapping insults with quite literally, everyone, Teresa also suffers real secrets being exposed. You know the old saying about people in glass houses not throwing stones, right?

Teresa decided to totally obliterate her friendship with Jacqueline Laurita and in the fallout, Jacqueline publicly confirms exactly what we all already know, Juicy Joe Giudice is a cheating slime ball. I think Teresa is always in a state of denial from the moment she leaves her house. Inside her home must be a real sh*t show but in public, she’s happy and her husband is a great guy. Jacqueline has truly had enough of Teresa and calls her on all of the lies. She also reminds her about the time Teresa walked in on her husband banging another chick on his desk at work.

Of course she has a convenient memory and swears her ex best friend that knows most of her deep dark secrets is making it all up. Probably to get famous off of Teresa’s great name, right?! Seriously, we know this guy screws around and he doesn’t care to hide it. He was caught on microphone while calling a side dish this season. He doesn’t care who hears what he says or knows what he does. If his wife can walk in on him screwing some random chick and still remain his wife by choice, why should he care?

Do you believe that Jacqueline is telling the truth about Joe? Better yet, can you tell me why women would want to be with him? What the heck is the appeal? Tell us your thoughts in the comments below!