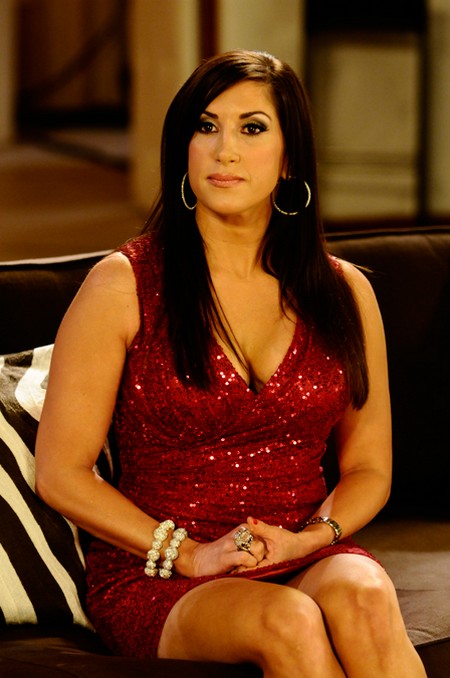 If you watch Real Housewives of New Jersey then you’ve already seen the ongoing battle between Teresa Giudice and Jacqueline Laurita. Basically Jacqueline confronted Teresa and asked her if she was planting things in the tabloids to get paid, while making everyone around her look bad to the press. This simple question led to a friendship ending verbal battle between the once-close pals. At least that’s what Jacqueline is now saying to Life & Style Magazine.

“I realized she is not a friend.  She sabotaged business dealings and said things behind my back that really upset me. She wanted us to help make Melissa look bad on camera,” she says. “It got ugly. Teresa’s hatred is very deep. The friendship was so toxic that I just don’t need that in my life anymore,” she shares. “I give everyone the benefit of the doubt and when I figure out someone is no good, I ex them out of my life.”

According to Jacqueline the former friends haven’t seen each other in nearly a year, but they will be together when Bravo films the real Housewives of New Jersey reunion show later this summer.  After that Jacqueline says she will be completely finished with Teresa.

Do you believe Teresa has planted things in the press to make her friends look bad, even though she’d never in a million years cop to doing it?  Can you blame the ladies from taking three steps back from Teresa?  She’s losing friends fast.  She has alienated her sister in law Melissa Gorga, Kathy Wakile doesn’t trust her and Caroline Manzo is sick to death of her garbage.  Only Jacqueline was left even trying to be her friend and now that’s over.  Who will Teresa try to win back, because she needs at least one good friend in the mix!  Tell us your thoughts in the comments below!