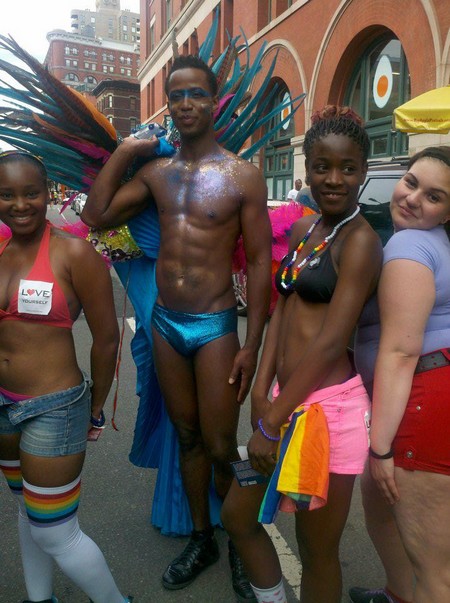 Also in the parade was Cyndi Lauper, as the grand Marshall.

That being said, the struggle for equal rights within the GLBT community continues to be an uphill battle, as gay marriage is currently banned in 31 states.

Nonetheless, yesterday marked an important one year anniversary for the LGBT community in New York, as they happily celebrated during yesterday’s 43rd annual Gay Pride parade.