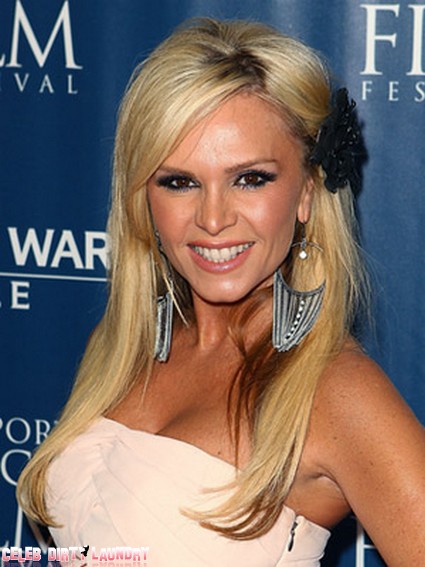 You know the funny thing about reality TV? Sometimes it’s not reality at all. Sometimes it’s manufactured and scripted to make it seem real but it’s actually fake. The latest show to be caught out is the Real Housewives of Orange County. It seems the relationships going on are not quite what they appear to be – or so says cast member Gretchen Rossi.

According to TMZ… Gretchen has been shooting her mouth off about Tamra Barney‘s engagement and how it’s not even real! What? A ‘Real Housewife’ with some sham bling on her finger? Apparently it’s all about money and TV ratings instead of love. I’m shocked! You see the Producers wanted a dramatic finale  but nothing was happening naturally so they stepped in to spice things up in Orange County. And the next thing you know Tamra has a ring on her finger!

Apparently producers originally wanted Gretchen and her man Slade Smiley to get engaged. They were banking on him popping the question and giving them a great season ending. It wasn’t happening so they tried to sweeten the deal. Slade was bribed with a free ring and an exotic proposal. He still said no. So they moved on to another cast member. That’s where Tamra and boyfriend Eddie Judge come in. They jumped at the same offer Slade turned his nose up at and the producers got their dramatic finale.

Bravo is yet to comment on Gretchen’s claims. For more Real Housewives drama check out: Warrant Issued For Real Housewife Gretchen Rossi