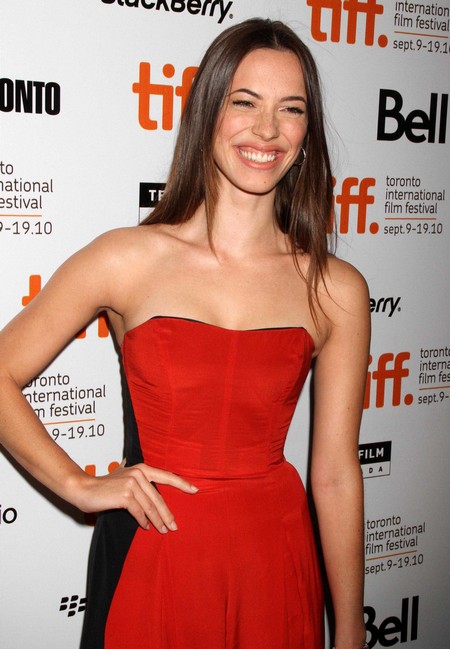 If all goes well for actress Rebecca Hall, she might be the latest actor to join the cast of Iron Man 3.  Rebecca, who previously starred in The Town and Vicky Cristina Barcelona, has been offered the chance to play the female lead in Marvel’s latest upcoming blockbuster.  The character is rumored to be a scientist who develops a new and dangerous technology.

It was initially reported that actress Jessica Chastain (The Help, The Tree of Life) was set to take on the role, and was the “Iron Man” choice, according to Deadline.com.  Unfortunately – perhaps fortunately for Rebecca – due to scheduling conflicts Jessica has had to bow out of consideration.

Jessica wrote on her Facebook page this week:  “Sorry to say that ‘Iron Man 3’ isn’t going to work out. My schedule is jammed packed and I can’t fit anything else in. The press announced my possible attachment far too soon. I know many of you wanted me to be involved, and I’m so sorry to disappoint you. Hopefully there’ll be another Marvel film in my future. Shane Black and everyone on the ‘IM3’ team are really wonderful. I’m very excited to see the film when it comes out.”

Should Hall take on the part, she will be joining the already star-studded cast that includes Robert Downey Jr., Gwyneth Paltrow, Don Cheadle, Guy Pearce and Ben Kingsley.

Iron Man 3 isn’t scheduled to hit theaters until May 3, 2013 – but in the meantime fans can (and certainly are) getting their kicks watching Marvels The Avengers…just that little known film that’s currently dominating the box office.