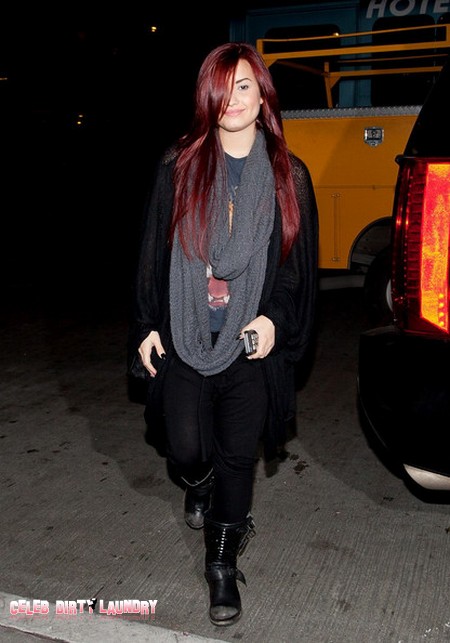 Demi Lovato now thinks being “sober is sexy” since has apparently been rehabilitated.  The 19-year-old Demi went through a rough patch which included cutting herself, eating disorders and substance abuse and was admitted to rehab for three months in November 2010 to receive treatment. Demi admitted that while she previously used alcohol and drugs to “numb the pain” of her emotional issues, she has now found more positive ways to cope with her problems.

She said: “I think sober is sexy. It’s cool. I think it’s way cooler to be above the influence than under the influence.  I’m not gonna lie. I was self-medicating. I was doing things like drinking and using [drugs], like a lot of teens do to numb their pain.”

Demi that explained fellow teen stars Selena Gomez and Miley Cyrus have also helped her healing process, as they have “always” been there for her.

Demi added in an interview with Seventeen magazine: “There were two people [who were there for me]. No matter how many times we fight, we will always be in each others’ lives.”

“[Miley Cyrus and I] are very strong-headed, so when we fight, it’s brutal and we’re like, ‘We’re never going to be friends again!’ Then two days later, we’re like, ‘I love you and I miss you!'”

“Selena and I, we never fight. She’s not a confrontational person at all. Both of them will never leave my life no matter what happens, because we’ve been through so much together.”