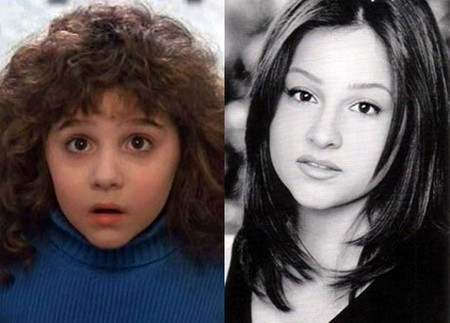 Good lord I’m getting old.  Alisan Porter, the sweet angel-faced 10-year-old known as the star of 1991’s Curly Sue – is all grown up.  She’s not only 30 now, she’s not only recently married, but she’s also expecting her own little curly-haired cutie!

If you’re my age you will definitely remember the John Hughes classic, in which Alisan starred alongside Jim Belushi and Kelly Lynch.  Although Alisan (also a singer and songwriter) went on to do Broadway in Footloose and A Chorus Line, she virtually went off the Hollywood map after her success in the film (not uncommon among childhood actors).

Well she’s reappeared, and it’s to pose in her wedding photos.  Alisan married her husband Brian Autenrieth this past Saturday at Diablo Dormido, a historic California ranch nestled in the Santa Monica Mountains.  The couple are expecting their first child together, a boy, in July.