Report: Danny DeVito and Rhea Perlman Getting Back Together 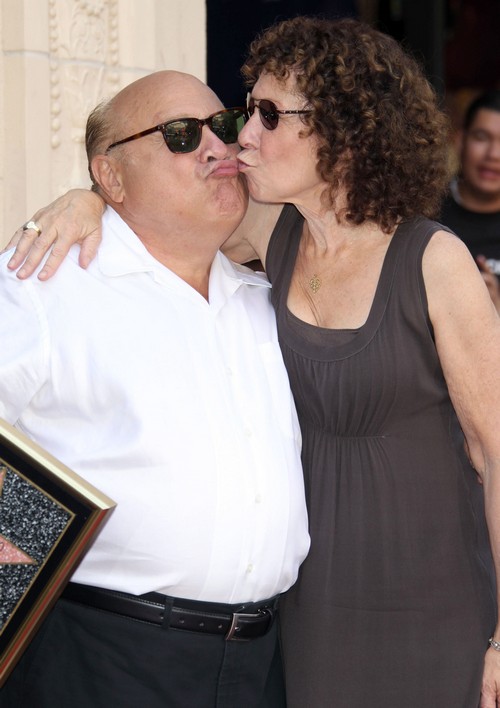 Danny DeVito and Rhea Perlman shocked their many fans when they announced the end of their 30 year marriage in October. They were together for 13 years before tying the knot in 1982. The split sent shockwaves through the entertainment industry and reverberated with the general public since they were one of the few marquee couples who seemed genuinely in love and not only bonded to be a marketable entity.

Danny and Rhea both enshrined their legacies as actors through their prolific work. She is best known for her Emmy winning role as Carla on “Cheers” while he made a name for himself in films like “Terms of Endearment” and the current hit “Always Sunny in Philadelphia”. The diminutive stars cared about their craft which connected with the public who have held both in great esteem. This adoration made it particularly hard for it to be accepted that the long married couple would be divorcing after so many years together. For all intent and purpose, Danny and Rhea were viewed as passing the threshold into happily ever after. They raised three children and never staged photo ops to show the strength of their union. It was easy to assume that their better days would continue but then that adage about assumptions proved right once more.

After their split, rumors swirled that Rhea was upset about alleged flirtations on Danny’s part with other women. Despite that insistence, the two vowed that there was no bitterness and would remain friends. The consensus became that the two had simply become friends over the course of their marriage and the loving feeling was gone, that neither had been actively involved partners for quite some time.

There is now renewed hope that Danny and Rhea are putting in the effort to save their marriage. The two were spotted at the airport with smiles on their faces. Exes have been known to remain friends, but we all hope that this is a strong sign that reconciliation is on the horizon.