Report: Demi Moore Is Addicted To Adderall, Needs To Go To Rehab, Stat! 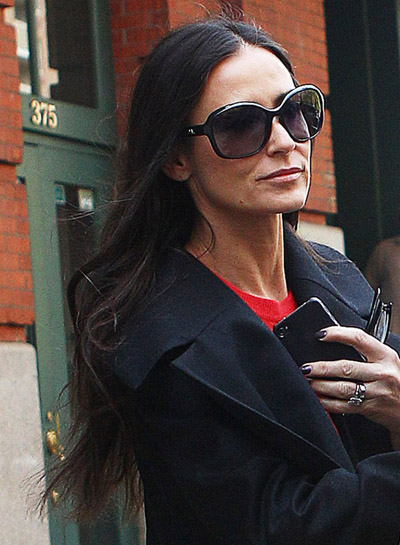 Demi Moore is reportedly out of the hospital and back at home, after a seizure, caused by either inhaling nitrous oxide or “exhaustion,” depending on who you believe, landed her there earlier this week. However, if the latest report from RadarOnline is true, the 49-year-old actress needs to make a beeline to rehab asap!

According to the gossip site, whippets aren’t Demi’s only drug of choice, and she supposedly is addicted to Adderall as well, which may have also contributed to her hospitalization.

“Demi has been taking Adderall and drinking energy drinks and starving herself and those are some of the serious causes that led her to collapse on Monday night,” said a insider to RadarOnline.

“The pills and starvation destroyed Demi and this has been a problem for about a year,” added the source.

“She’s constantly jacked up on Adderall and combining that with not eating accounts for her loopy behavior and anorexic body frame.  She literally refuses to eat any food.“

It can’t have helped that Demi also split from her husband of 6 years, Ashton Kutcher, last November, over rumors that he cheated on her. However, some people are speculating that Demi’s substance abuse issues may have also contributed to their breakup, and they point to her shrinking body frame as proof.

“She’s depressed over her career and coupled with the stress and heartbreak over the split, all of this emotional turmoil in totality has taken a serious physical toll on her body.“

We hope Demi is able to get treatment soon.