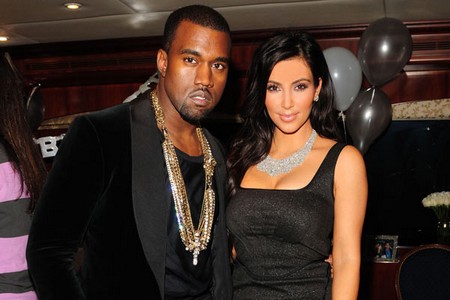 Kanye West turns out to be an allegedly abusive man but Kim Kardashian already knows this well.  Here we go again guys with the ridiculousness, everyone’s coming out of the woodwork now to add their 2 cents worth.  Amber Rose, his last girlfriend, said it politely when the only thing she ever said was he wasn’t what I thought he was. She also did admit that she did see a few text messages exchanged by Kim K. and Kanye.

That being said I just heard that Kanye allegedly pushed his ex-girlfriend, Alexis Phifer back in 2008 into a bush because she made a disparaging remark about Kim Kardashian.  Is he 5 years old? Who does this? Well apparently guys, he does.

The story allegedly goes that she saw a picture of a Kim Kardashian on his computer and that she wasn’t wearing any clothes, (was she doing nude pictures in 2008? Hmm…).  They argued and he pushed her into a bush and left her there.

He and Alexis were dating on and off for about 2 years and also became engaged. She did say that while they were seeing each other he was abusive. They were known to have a volatile relationship (but honestly!) Firstly I don’t believe the whole Kim and Kanye thing – I personally think it’s just to hype the new season of “Keeping up with the Kardashians”.

Can you believe that show has been signed for another season?  Why? I am doing fine without that show.  It’s been rumored that Kanye is going to appear in a couple of episodes. It stands to reason because that show needs something.  Khloe and Lamar should be back because he’s not playing pro ball right now as he’s waiting for the new season of basketball to begin.  The mother from hell, Kris Jenner, her book is not selling the way she expected it, so everyone is counting on another season for the show.

Now in regards to Kim K. all this talk she’s doing about they’re just friends and trying to be coy I don’t believe it for one second. OK, so that means Ms. Kim that you know all about his temper (sure, I believe you chica, not so much).  Is this the same Kim K. that was in tears because her soon to be ex-husband, Kris Humphries said something about her weight?  Well chica watch out for those bushes!!