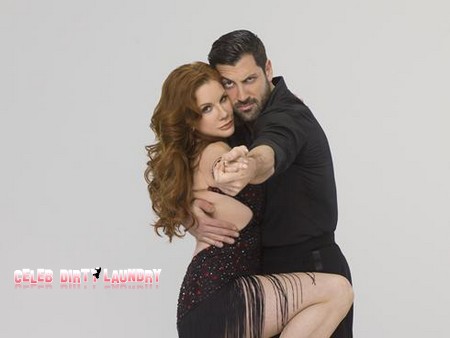 Melissa Gilbert decided to have a mid-life crisis and filed for divorce from Bruce Boxleitner last year after 16 years of marriage.  Obviously feeling the need to move onwards and upwards, Melissa undertook a campaign of rejuvenation. This included plastic surgery, a stint on Dancing With The Stars, and a new lover.

The cosmetic procedures seem to have been effective although they do give Melissa a somewhat ‘plastic’ look. Melissa’s role on DWTS proved to be very popular and helped kick-start her career. But the new boyfriend, Theirry Gauchet, well, this seems to be a problem.

Thierry is a used car dealer in Paris.  He works for Lucky’s Cars, where he restores and sells vintage automobiles – I still call that a used car dealer.  And the 42-year-old is an experienced charmer who has been working on Melissa to get her to marry him.  48 year-old Melissa is desperate for romance and love leading her family and friends to fear she will rush into marriage with the Lothario and get burned.  Her people, including Bruce, think that while Melissa is seeking love Thierry is after a green card!

The National Enquirer reports: The 48-year-old “Little House on the Prairie” star filed for divorce from Bruce Boxleitner just last year, but she’s al­ready made secret plans to get hitched to Thierry Gauchet during her July visit to Paris, say insiders.

“Melissa decided to go to Paris with her 16-year-old son Michael, and she couldn’t wait to get there,” a close source told The ENQUIRER.

“Everyone was worried sick that while in France she would impul­sively wed Thierry, and friends pleaded with her to think twice be­fore jumping into marriage so soon.”

“They think Melissa is in love with love, and they’re suspicious that Thierry began pressing her to tie the knot be­cause he wants a green card (that would let him live and work in the U.S.).”

The ENQUIRER previously reported in April, Melissa had fallen so hard for Thierry she had a tattoo dedicated to her last hubby Bruce Boxleitner erased to make way for one in her new beau’s name.

“Melissa can’t live without Thierry,” said a source. “But clearly her mind is clouded by ‘l’amour’ and she can’t think straight.”

“Friends begged her not to rush to the altar.”

Melissa wouldn’t be the first person to fall for a charmer and then get badly burned.  Look at Halle Berry, Sandra Bullock, Demi Moore – and the list continues.  What do you think?  Is Melissa off the rails and in the midst of a mid-life crisis or has she found her Prince Charming selling used cars in Paris? 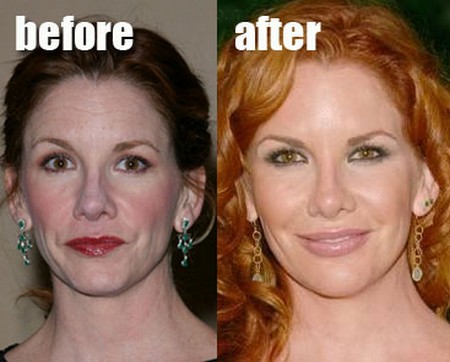