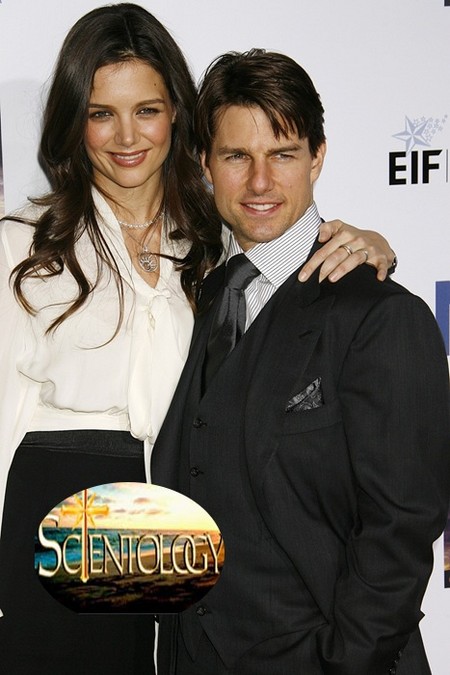 On the outside it may have seemed like Tom Cruise and Katie Holmes had the perfect marriage but it turns out that this was all a lie.

A source revealed that the problems between Tom and Katie was nothing new and it turns out that Scientology was a huge part of the blame for their divorce, “She was never truly comfortable with the Scientology thing; It was something she accepted and put up with for many years because it was important to Tom, and for that reason, important to her. But over the past year, they had started to see things differently, and she was beginning to pull away.”

Apparently Katie felt trapped and missed her freedom, “It wasn’t that she was against Scientology, she wasn’t at all. She definitely saw its benefit, but she also didn’t want it to be her everything, and for Tom, in some ways, it was. She wanted more freedom to make her own decisions.”

Furthermore, Katie completely changed after marrying Tom, her personality started to noticeably change and close friends found it wasn’t in a good way.

Katie gave up everything to be with Tom, “She stopped seeing all her friends and being the normal girl that she was before. She truly adored him. She was overwhelmed by his fame when he first asked her out. He was a huge movie star and suddenly he was giving her attention, and right from the start he was enamored by her. She couldn’t believe her luck. He made her feel like all she needed in her life was him.”

I kind of feel sorry for Katie, no wonder she wanted out of the marriage. What do you think, does it sound like Katie was feeling trapped and wanted to free herself?