Report: The Relationship Between George Clooney And Stacy Keibler Is Doomed 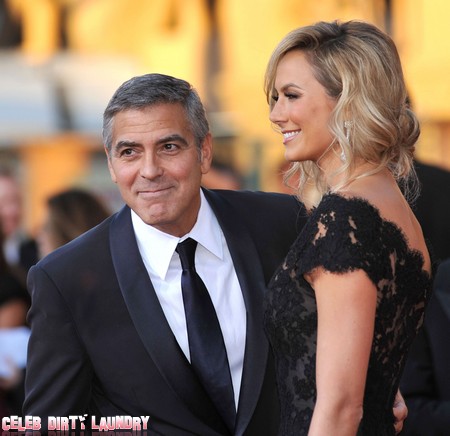 George Clooney and Stacy Keibler are barely speaking at the moment and a final breakup between them could occur any day now.   George’s close friend fears that their relationship will never last until summer.  The root causes of the difficulties between them are George’s withdrawal from alcohol, Stacy’s envy over George’s attention to 21-year-old Shailene Woodley, and Stacy’s desire to marry and have kids.

It seems that since George stopped his boozing in January and he has been in a foul mood ever since.

A close personal friend of Stacy reveals in GLOBE’s April 9th print edition:  ‘It’s not been a good year for him so far, plus he’s extra irritable since cutting out booze in January, and in many ways he’s taken it out on Stacy.  The only time she gets to see him is when she’s “summoned” for a public appearance together.’

The friend says that Stacy was certain that George would keep his promise and help her break into acting.  But instead he is focusing on his ‘The Descendants’ co-star Shailene.

The friend reveals:  “Stacy’s not happy about it at all. She’s restless, bored and feels her days are numbered anyway, so she’s being more petulant about the situation.  She’s clearly no longer top of George’s priority list.’

Stacey apparently was under strict orders from George not to be seen or heard at the Oscars and she hated it and found it very demeaning.  Even worse was that when George attended the White House state dinner for the British Prime Minister on March 14th Stacy was left at home as if she were some sort of embarrassment.

A close friend of George has this to say:  ‘To make matters worse, George has heard Stacy wants to be the woman to get him to marry and have kids!  ‘George has no intention of getting married or having children.  He’s very strict on that.’

Are George and Stacy heading the way of all of George’s relationships with women?  George just uses them until he tires of them and then moves on to the next willing victim.  Will George wind up just like another Hugh Hefner – is he there already?  What do you think?  Let us know in the comments below.