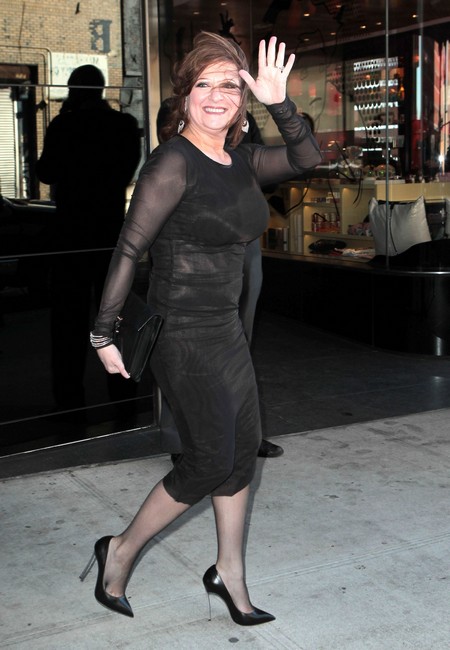 Last night’s new episode of The Real Housewives of New Jersey gave us a glimpse at the state of Teresa Giudice and Joe Giudice‘s marriage and it’s definitely not good. Even fellow housewife, Caroline Manzo said last night that she believes Teresa set the bar high and Joe did some shady things to please her demands. Manzo predicts that eventually Teresa will need to “pull herself up by her bootstraps and stand on her own and show her daughters what a strong single mom does”.

I think it’s pretty ironic that Teresa continues to defend Joe to her friends, the press and anyone else that’ll listen and all the while he continues to be a disrespectful slime ball. It’s also pretty hilarious to listen to Joe slam his wives driving and parking skills when at this point he should be grateful that she at least has a license because in case you all have forgotten, he does not. The only thing that Joe can drive is people, generally out of their minds.

Last night alone, even after slamming Teresa’s driving, he challenged her choice of flavors for her new Fabellini drink and then announced how much he hates her book signings- while AT a book signing. Joe is one classy guy let me tell you.

According to Teresa’s ex best pal, Jacqueline Laurito, the couple leads very separate lives off camera and maybe that’s not a bad thing. Joe is headed off to prison soon and Teresa will need to support herself and her daughters alone so distancing herself isn’t the worst thing to do. If she was smart, she’d be patching up friendships so that she has support around her when she’s left to raise her kids alone!

Should Teresa wait for Joe’s jail sentence to bailout or should she just cut her losses now? She definitely doesn’t need him, I guess the real question is why she even wants him around. Tell us what you think about this crumbling couple in the comments below!