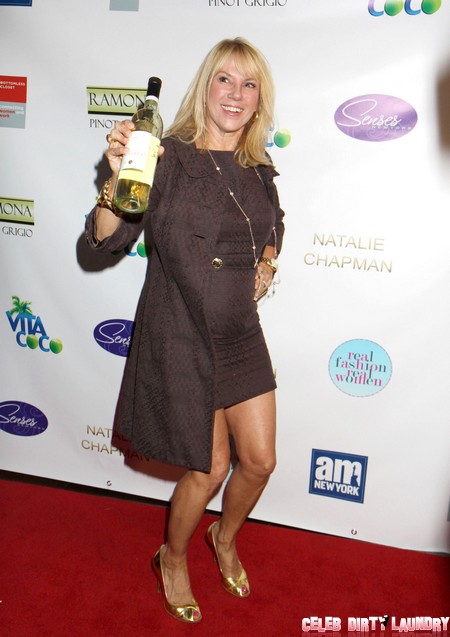 There is so much drama on each Real Housewives show that it’s hard to predict which fights will simmer and die and which will become reality TV legend. Faithful viewers of The Real Housewives of New Jersey will recall the boiling fued between Teresa Giudice and Caroline Manzo—during the groups vacation in Napa a verbal sparring broke out to rival that of Taylor Armstrong and Camille Grammer on season one of Real Housewives of Beverly Hills. Like most things, it became a question of sides, and while their cast mates are trying to smooth the waters, Real Housewives of New York City star Ramona Singer has no hesitations about who was in the right.

After Anderson Cooper apologized after calling out Teresa Giudice on the whole Teresa vs. Caroline dispute, Ramona stepped in, giving her point of view. “I actually watched the show, [Anderson Cooper] said ‘Teresa, you resported to telling Caroline that she has three rolls of fat or something like that, or that she needs a face lift’ . . . he said, ‘what’s wrong with you?’ and [Teresa] said ‘well did you hear what she said to me?’ and he said ‘well what are you? 12-years-old?’”

If you managed to keep up with that crazy he-said she-said, you can recognize that Anderson never questioned who was right. He simply called Teresa immature for turning a fight into a “well you’re fat and ugly!” hate fest. In a shocking twist, I actually agree with the opinion of one of the housewives. Ramona stepped in, supporting Anderson’s original statement, saying “he was right!” about Teresa’s immature name-calling.

Of course, Bravo is probably in no rush to get everyone happy again. Worst-case scenario, one of the stars refuses to sign on for the next season. Best-case scenario: every talk show and online gossip site is buzzing with the news. Until someone gets assaulted, it’s all good fun, right?  I am hoping that Andy Cooper will do a special sit-down session with the housewives from both casts, force everyone to take sides, and then bring Teresa DOWN. She is crazy, and looks about 10-years older than she actually is. Time for her to go zen, cut the weird cosmetics, and learn to live life without a camera shoved up her butt.