RHONYC: What’s Going To Happen Between Sonja Morgan and Her Ex? 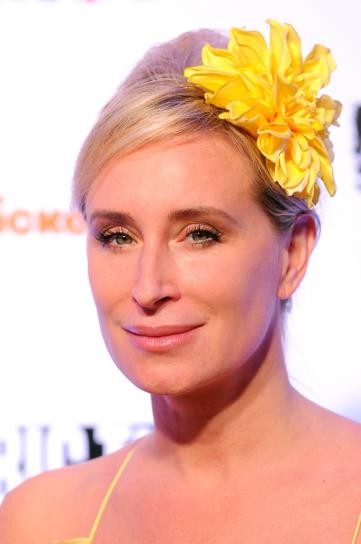 On last night’s episode of The Real Housewives of New York City, we mostly see the ladies still reeling from their drama-filled trip to St. Barts, where rookie cast member Aviva Drescher angrily lashes out…and doesn’t stop and continues even after they return from the trip. The ladies are shown meeting in various twosomes and threesomes, discussing and analyzing and rehashing and re-rehashing the trip. The only scene where the ladies are not seen discussing St. Barts is when Ramona Singer arrives at Sonja Morgan’s house and Sonja reveals she is nervous about Friday, when she will be seeing her ex-husband, John Adams Morgan, for the first time since 2006.

Sonja admits that they barely even talk on the phone, except when it comes to discussing their daughter, but says, “I’m hoping he feels my energy,” and excitedly debates out loud what she should wear: a suit? He likes a little decollete, oh, and her hair and make-up must be perfectly groomed.

Meanwhile, when interviewed, a concerned Ramona hopes that Sonja may let her emotions get in the way of finalizing her divorce settlement, which is important because she currently has a $7 million dollar judgement against her, which she was court-ordered to pay last summer, despite the fact that she filed for bankruptcy to protect her assets in late 2010. “The divorce was not her decision, she was still in love with him,” notes Ramona, “and she still does love him.”

Meanwhile, Sonja admits that if she does not get a divorce settlement, she could lose her beautiful Upper-East Side townhouse, but says she just wants to be friends with him again, because he was her best friend and she misses him.

It is unclear if the conversation took place before or after the meeting, but if after, it’s safe to say the meeting did not go well and if before, then Sonja apparently came to her senses and plans on walking into this meeting with a new attitude!

What do you think, readers? Are you excited?