Rick Ross Desperate To Save His Life 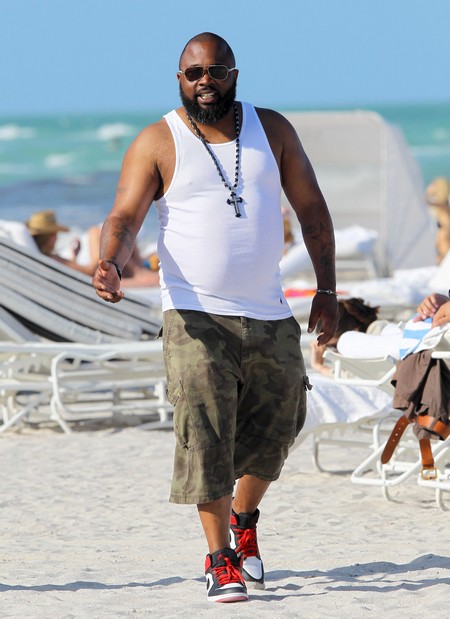 Recently Rick Ross has in fact been losing weight, over twenty pounds to be exact. The rapper who I’ve always called the “Jabba the Hutt” of modern rap has finally taken a turn for the best and it looks like he’s determined to be much more-healthier.  Personally I always thought he was just going to have a heart attack or something, he was incredibly obese.  Remember Heavy D?  Well we don’t want a repeat of that tragedy.

According to MediaTakeOut a source has said that Rick Ross actually had stomach surgery, to be more precise it’s a lap band. It’s a surgery which puts a limit on the amount you can eat; he’s also on a new diet and has started an exercise schedule.

Hopefully the weight loss could knock some sense in his head and he’ll start writing music I’d actually like or that just has a meaning in general.  Oh well – a better figure can’t fix everything!

To be honest even though I do really hate Ross’s music it’s known that without a doubt he was facing a lot of risks to his life with his obesity. With obesity the most common things to be diagnosed with is high blood pressure, high cholesterol, liver problems, hear problems and in general, death is highly possible. It’s great to see Ross finally realize the problem and is now fixing it, I hope he’s successful with his weight loss because nobody likes being over weight.