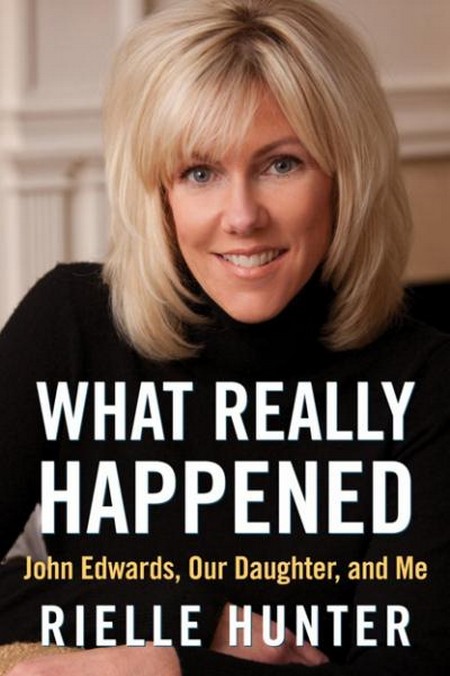 Just when stories of Rielle Hunter were winding down she comes floating back up to the surface. This bitch, the former mistress of past Democratic Party candidate, John Edwards, with whom she shares a daughter Quinn, is trying to land a gig on a reality show.

This woman really thinks she can change people’s view on her if they see the real Rielle on television. Pardon me for a second while I reflect on this dirty bitch…yep, that’s all the time I will give her without wanting to scream, degrade, or point and laugh at her.

Hunter, 48, has reportedly set up meetings with producers for shows like The Apprentice, Dancing with the Stars and The Bachelorette!!! “Rielle admires Donald Trump and says if he can turn villains like Real Housewives NeNe Leakes into lovable TV personalities, then maybe he can do the same for her,” a source told The National Enquirer. The only spot on a reality show where I can see Hunter is in the role of a nemesis, because that’s exactly she is. Even the washed up has-beens have more celebrity power than this dumb toad.

Hunter thought her book would catapult her to the top but since it only sold close to 6,000 copies her 15 minutes is dwindling. Wouldn’t this be a wake-up call to her saying that no one cares? Don’t get me wrong, I consider myself neither Republican nor Democrat, but I do consider myself someone that values morals and ethical behavior and what this woman has done is neither one of these things. A woman that publicly puts down a dead woman for her own public persona is not someone that deserves anyone’s time. Hell, I don’t even know why I am giving her the time of day and writing about her.