Rihanna Claims Collaboration With Chris Brown Was ‘A Tradeoff’ 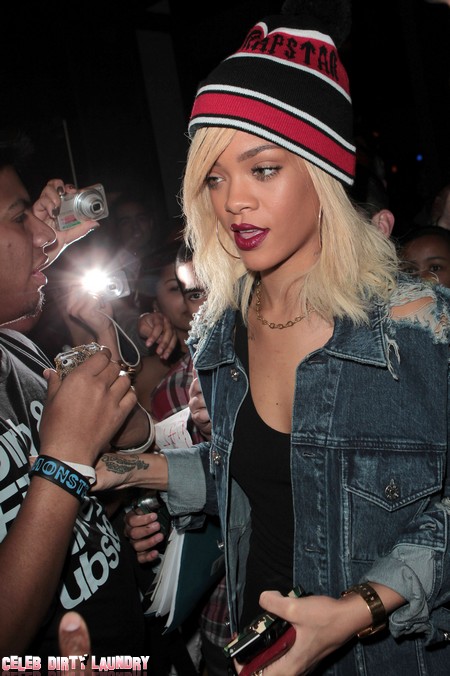 So I know I’m not the only one out there that lost a lot of respect for Rihanna upon hearing about her collaboration with her ex, Chris Brown.

In February the 24-year-old singer shocked us all by remixing one of her songs “Birthday Cake” with Brown – who violently abused her back in 2009 (I don’t know about you but I can still recall the horrible photos of her bruised and battered).

“I reached out to him about doing ‘Birthday Cake’ because [he was] the only person that really made sense to do the record — just as a musician. Despite everything else, that was gonna be the person.”

The pair, according to several tabloid magazines, has been reportedly hooking up despite the fact that Brown, 22 is in a relationship with Karrueche Tran.

Not only did the two exes collaborate on one song – but they decided to go out with a bang and do two.  She agreed to guest on his own remix as a “tradeoff”.

“We did two records — one for my fans, one for his fans. That way, our fans could come together. There shouldn’t be a divide. It’s music and it’s innocent.”

Anyone else completely not ok with this? Rihanna’s a big girl and she can make her own decisions, but if you ask me – those 2 fateful decisions cost her my fan base.  As a role model to thousands of young girls, this is something she needs to take into consideration.  And please, there are a million other artists she could have chosen to collaborate with.  Stirring the potwith this respect Riri – I’m just not okay with.