Rihanna, Lady Gaga Battle It Out To Become Online Queen 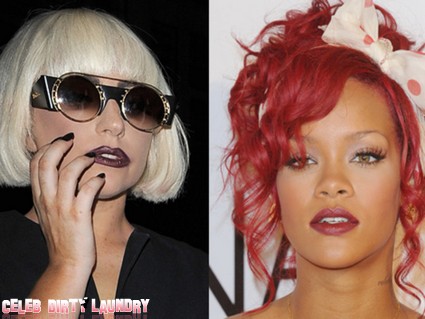 There’s some serious online competition brewing between the two biggest female singers in the world. The rivalry is not just on the charts. Both Rihanna and Lady Gaga want to be the Queen of the internet. But only one diva can reign supreme.

RiRi has won the latest round in this neverending battle for cyber supremacy. She’s just passed Mother Monster to become the most viewed female recording artist on YouTube. Both women have over two billion views but the We Found Love singer is now 23 million ahead of Gaga. Some racy videos and the odd flesh fest getting her over the line. It’s tough competition because both chicks are known for their controversial and over the top music videos.

Rihanna may dominate on the video sharing website but when it comes to Twitter Gaga’s ‘little monsters’ get her over the line. She has over 18 million followers despite being an intermittent tweeter. Sometimes she goes almost a week between posts but her devotees don’t mind. The Umbrella singer may have sent three times as many tweets but she’s lagging behind in overall followers. Her legion of twitter fans coming in at just over 12 million. You’d think the pictures she tweets in her ever present bikini would help boost her numbers!

So what about Facebook? Miss Rihanna wins this round too. She is the Queen Bee on FB. She has almost 50 million likes. A new album helping her keep a few million ahead of Gaga who’s at a respectable – but nonetheless lower – 47 million.

So the battle between Gaga and Riri continues…with the only person giving the two divas a run for their money being Justin Bieber.