Rihanna’s 777 Tour Entourage is a Chaotic Mess — Reporter Strips and Streaks on her Plane! (Video) 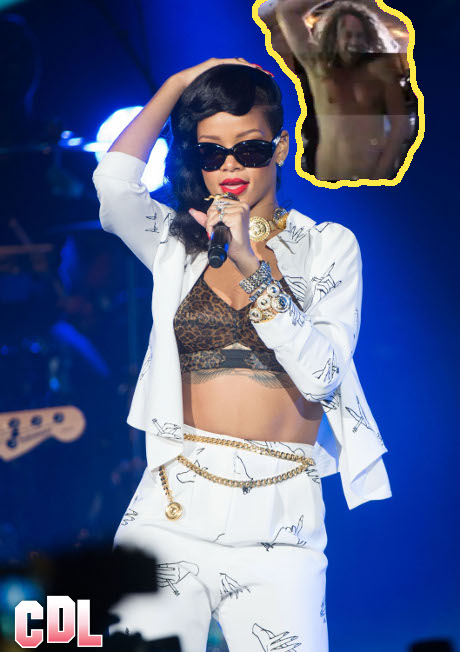 If you’ve been keeping up with the Twitter world and following details of Rihanna’s 777 Tour, you already know that it’s not all sunshine and roses. Her specially chartered 777 jet, that set out to transport the singer, 150 journalists and members of her fan club, is said to be in complete ‘anarchy’ and ‘chaos’.

Those on board have been complaining over the lack of food and sleep, with Rihanna herself hiding out in a private ‘panic room’ on board. An Australian journalist was most recently caught on video streaking throughout the plane (completely naked) chanting, “I need a headline” and “Just one quote!”

Apparently RiRi is being less than accommodating, refusing any one on one time with the journalists. To make matters worse for everyone on board, the grueling schedule of the tour is allowing next to no sleep, let alone sanity. The weeklong trek began in Mexico City and is making its way around the world, stopping in Toronto, Stockholm, Paris, Berlin, London – and finishing in New York.

Sources on board are complaining that they haven’t seen the singer offstage since the first day, leaving nothing for them to write about and cover. So in attempt to promote her latest album, ‘Unapologetic’, she’s hiding out and giving no interviews. Kind of defeats the purpose doesn’t it?

Sounds like a disaster if you ask me. I can’t imagine being stuck on a plane with nothing other than plane snacks and booze. Speaking of booze, check out this video of the streaking journalist running throughout the plane. First of all – can you see how full that plane is?! Secondly, I think it’s safe to assume that there is no shortage of alcohol being given on the plane. And I’m not sure if that’s a good thing! I can already feel the claustrophobia and panic setting in!