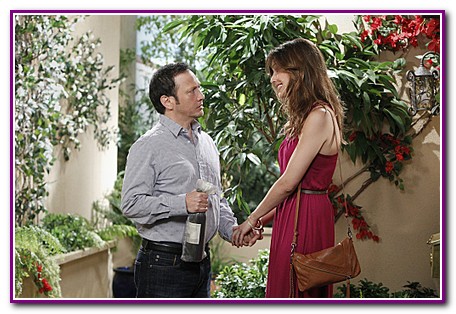 Rob, a new comedy debuts tonight at 8:30pm on CBS.  We will be live blogging the show with all the up-to-the-minute-details, so stand by. The show stars Deuce Bigalow’s Rob Schneider with Diana Mara Riva, Cheech Marin, Lupe Ontiveros, Claudia Bassols and Eugenio Derbez. It is a comedy filled with stupid, offensive and tasteless jokes, pretty much the same as Two and Half Men with Ashton Kutcher, so no surprise that CBS would pick up this show as well.

Pilot synopsis: Lifelong bachelor Rob marries into a tight-knit Mexican-American family in this sitcom. In the series opener, he elopes with his bride in Las Vegas and then faces having to tell her overprotective parents what they have done

Funny man Rob Schneider gets caught with his pants around his ankles and in a compromising position with an elderly grandmother! (I don’t know how they fit that into the storyline) Loosely based on Schneider’s life, he plays an obsessive-compulsive landscape architect who just so happens to sweep beautiful, bubbly Maggie (Claudia Bassols) off her feet when he meets her at a dress shop and they marry six weeks later in Sin City.

It turns out the Maggie didn’t marry Rob because she loved him, she married him to disobey her over controlling parents (Cheech Marinand and Diana Maria Riva). The new in-laws are mortified and appalled byRob’s ethnic punch lines and tasteless jokes, pretty much everything
he says and does is stupid. Is Rob trying to make a good impression on his in-laws or get rid of a woman that didn’t marry him for love?

You’ll have to wait till tonight to find out when we live blog the show.  Come back at 8:30 to catch all the details when we will be live blogging!

RECAP: Rob and his new wife, Maggie, are happy they are married, but she is wondering if they rushed into things when she arrives at Rob’s apartment to move in. The next morning Maggie wakes up and puts on Rob’s shirt, he prepares champagne and orange juice. While Rob wants to stay in the house and have sex all day, Maggie wants to go see her parents. Rob is against it and tells her to text her parents, like he did.

At Maggie’s parents house, right outside of the front door, she tells Rob that there are going to be a lot of family members in the house. Maggie’s mother tells her husband Fernando, Maggie’s dad, to pay the cab driver, but it’s not the cab driver, it’s Rob. Rob comments on the large family and says that now he knows what happens at all those siestas.

Maggie wants to ease her parents into realizing that she is not a little girl any more, when her mother calls her in the kitchen, she runs in. Rob stays with Maggie’s dad and starts talking about immigration and he tells Rob he has illegal people working for him at his eight car washes. Fernando is smoking a cigar, until his wife comes back into the living room and he passes it to Rob – to pretend he wasn’t the one smoking it.

Maggie’s mom asks Rob what he does for a living and he says he is a Landscape Architect, she insults him by calling him a gardener.

Maggie’s uncle, Hector, gets a few moments with Rob and tells him that they are going to be best friends and can’t wait until Rob loans him $7,200.00. Meanwhile, Maggie is gone upstairs with her parents.

Hector warns Rob to go upstairs because her parents are going to turn her against him. Rob is reluctant, so Hector says suit yourself. Rob goes up and finds her parents bedroom that is like s shrine, all candles lit. He sees a picture that is crooked and when he goes to straighten it, it falls and so does all the candles. An older lady comes into the room, in her robe, she starts screaming and Rob tries to calm her down but when Maggie comes into the room with her parents, Rob is found in a comprising position and says that he poured hot wax on his genitals.

In the car on the way home, Rob tells Maggie that he thought the visit went well and asks him if that was before or after he humped her grandmother! Rob tells her that he will fix it, getting over major screw ups are not new to him. Maggie compares this situation to when she was little and had trouble taking care of a turtle.  Maggie says that it is their first fight, so they need to go home and have make up sex.

Rob and Maggie are inviting the family to dinner. Rob answer the door and thanks everyone for coming. Fernando gives Rob his driver’s licence, he found it on the floor near their mother’s bed. Hector hugs Rob and tells him that the family hates him. Rob tries to apologize to the grandmother, but she ignores him. Maggie tells her family that they have the wrong impression of her husband. Rob opens up the evening and tries to converse with the family, but it ‘s not going well, then he decides to show them the wedding pictures, he gets nervous and drops the camera in the Sangria. After having his hands in the Sangria, he pours everyone a drink. Hector decides to make a toast, tells everyone what a great guy Rob is because he has decided to loan Hector $7200.00.

Rob gets some alone time in the kitchen with Fernando and asked if they can talk, he says ok but he will need tequila first. Rob tells him that he loves his daughter more than anything else in the world. Fernando tells Rob that the problem is his wife Rosa, Rob cheated her from picking out her daughter’s wedding dress and being involved in the wedding; but he promised to try and help Rob.

Maggie is alone with her mother and gets a lecture, tells Maggie that if she stays with Rob she will never be able to wear high heels again (he is shorter than her).

All hell breaks loose when the family tries to leave, Rob raises his voice to get their attention and says he is sorry for everything, he is sorry Rosa didn’t have her dream wedding for her daughter but he is not sorry that he fell in love with Maggie.

Maggie turns to her parents and tells them even though he is not the guy they would have picked, she is happy.

Maggie and Rob are alone and she tells him they have to go to bed because in the morning their is a baptism and he freaks out that he has to see them again, they go in the bedroom and find Hector, Rob throws him out.