Robert Pattinson Afraid To Have Sex With Kristen Stewart 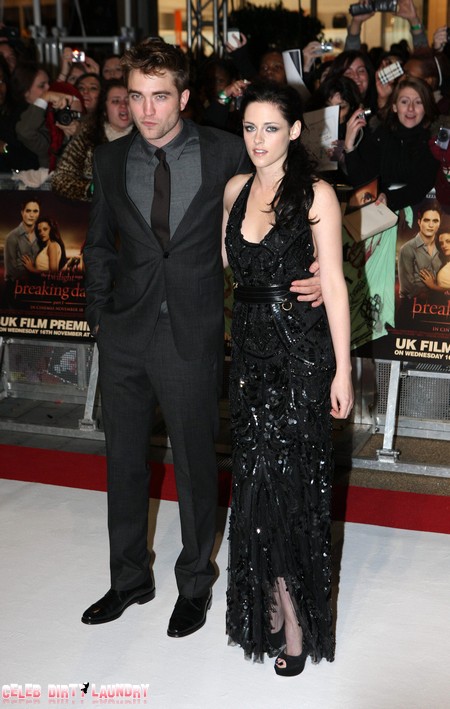 Robert Pattinson was afraid to have sex with Kristen Stewart because he thought that ‘something was going to fall on him,’ on the set of Breaking Dawn.  Our heroic Rob said that he felt “scared” when he had to film a sex scene with his girlfriend, Kristen.  We know that Rob is no stuntman but just how dangerous can a sex scene be in a popular movie?

The 25-year-old star and the brunette beauty performed a raunchy scene in which they break the bed in ‘The Twilight Saga: Breaking Dawn – Part 1’, and the actor admits he felt more distracted looking for his cue rather than romantic.  One would think that Rob is becoming a great lover by now – as he is always cast as such.

Rob said:  “I’ve never done a sex scene where it’s kind of scary because you think something is going to fall on you! There was a whole stunt set up with three guys, who do all the explosions and things, all lying under the bed. I spent the whole time looking at them for a signal. It was funny, though!”

The British actor has taken Kristen to the UK on a number of occasions, but the US-born actress is “always amazed” at how many people go to the pub during their lunchtime.  Facts are that the British are more casual about drinking than Americans who get all freaked out about it… but drink like fish anyway!  Just look at a typical week in the American media – with celebs and politicians being arrested for drunk driving.

He added to Reveal magazine:  “I probably spend more time in the UK than Los Angeles, but I’ve been so busy travelling with work that I don’t really know where I’m going to be based full-time yet.”

“She’s always amazed by the fact that it is totally acceptable to go to a pub at lunchtime over here. I don’t even do that.”

Kristen should experience some other European countries – such as France or Italy – where wine is far less expensive than Coca-Cola and everyone seems to drink all the time – and at least at every meal!