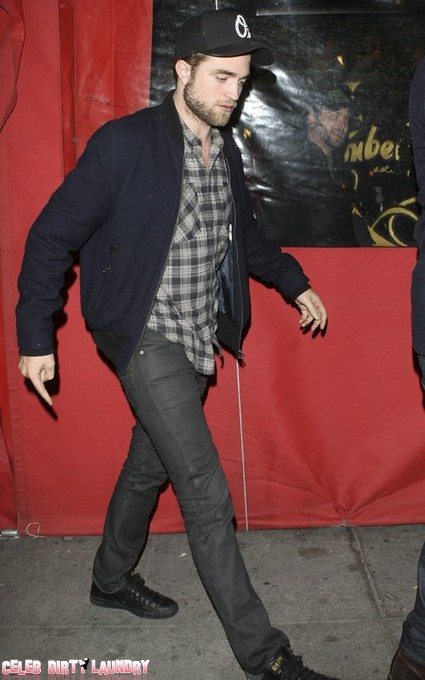 Twihards will have plenty of eye candy at tomorrow night’s People’s Choice Awards. It’s been confirmed Robert Pattinson will be there. Not only that – he’s taking on Daniel Radcliffe for the biggest gong of the night.

R-Patz is up for Favorite Movie Actor. So is Mr Harry Potter himself. The money is on either of those two to win but they do have some other competition – Aussie Hugh Jackman, Ryan Reynolds and the always popular Johnny Depp have also been nominated. Sounds more like the Sexiest Man Alive category to me!

So it’s going to be Edward versus Harry. A vampire with a heart of gold or a former boy wizard. What will the people decide?

Rob isn’t the only Twilight star making an appearance. Ashley Greene who plays Alice Cullen will also be on hand. While Taylor Lautner – for those on Team Jacob – is up for Favorite Action Movie Star. Pattinson will also be  promoting his new movie Bel Ami tomorrow night which hits theaters in March.

Daniel and his mates could clean up – Harry Potter and the Deathly Hallows: Part 2 is up for a string of awards including Favorite Movie, Favorite Action Movie and Favorite Ensemble Movie Cast. While Dan, Emma Watson and Rupert Grint will battle it out for Favorite Movie Star Under 25.

The nominee to watch on the music side is Katy Perry. The California Gurl is up for seven awards. But she’ll be a no show – she’s pulled out of the event which was to be her first public outing since the recent split from Russell Brand.