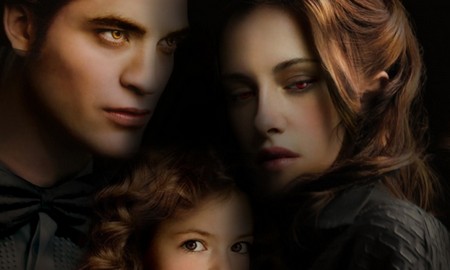 Robert Pattinson and Kristen Stewart will be joining the cast and crew for some more work on the Twilight series. If you thought that Twilight: Breaking Dawn part Two is completely in the can then you’d be wrong.  Don’t let the new trailer fool you.  Both cast and crew are headed back to Vancouver more than a year after wrapping up the original filming.

Apparently a bit more work needs to be done in order to make the final installment in the series all that it can be.  Director Bill Condon released a statement over the weekend explaining his plans.  It is amazing just how much work goes into making a modern film.  Imagine the expense – it’s like a military operation!

Greetings from Los Angeles, where we’re hard at work on BREAKING DAWN, PART TWO. It’s truly crazy to think that it’s been a year since we wrapped production in Vancouver, since for those of us in the editing room the work has never stopped.

A film is a lot like a puzzle, with each piece – each shot, no matter how brief – needing to fit exactly with the ones around it. Our Part Two puzzle is finally coming into full view, and in a few weeks we’ll be heading back north to pick up some additional shots – the last tiny missing pieces. We’re not shooting any new scenes or dialogue, just some technical work with some of our cast and stunt actors.

I am really looking forward to being back on set with some of the friends I’ve made on my Twilight journey, like the great Guillermo Navarro, our cinematographer, and his crew. And yes, Rob and Kristen will be there too, to pop in those gold contacts one last time…

I’m excited to report that before too long we’ll have another trailer for you to decode. And wait until you see the first posters — they’re unlike any “Twilight” images you’ve seen before. And then November 16th will be upon us and the final film will be yours!

Until then, have a very happy spring, and I’ll check back in with you soon.

Not sure how the cast feels about the reshoots.  Are they happy to crawl back into character one final time, or are they burnt out on the series and thrilled to do other things?  What do you think?