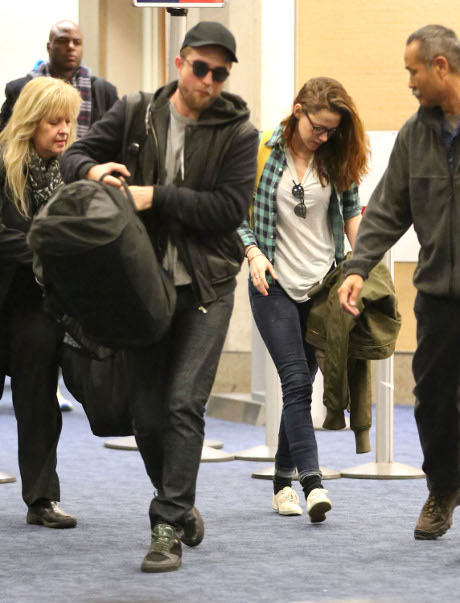 After spending several months working on his rekindled relationship with Kristen Stewart, Robert Pattinson is about to face what will perhaps be the true make or break situation for them, he has to return to work. Filming is set to begin on Rover shortly after the holidays wrap up, but here’s the thing — Rob will spend three months working on the film in Australia. The couple is supposedly trying to sync their schedules so that Kristen can visit Rob on set a lot, but the majority of their time will be spent apart.

This is where that whole reconciliation thing will be tested. We’ve heard that trust issues keep popping up — and that’s when Rob is nearby. How on earth is he going to be able to trust this home-wrecking cheater when she’s a bazillion miles away? It’s one thing for him to be able to keep an eye on her. Knowing for sure where she’s at has probably helped him to believe that things might be okay. But when Rob has to run on blind faith and pure trust, well, will he be able to really do it?

Does Kristen deserve it? She had that public affair with Rupert Saunders, but before that there were a series of rumors about her cheating with other guys, such as Taylor Lautner. Perhaps most important is the fact that infidelity is a pattern for the soup puss.

A lot of people seem to have forgotten that when Kristen and Rob first got together, he was actually the other guy! She was in a long, committed relationship when she and Rob started hooking up on the DL. How on earth is he ever going to trust her not to play while he’s away? Tell us your thoughts in the comments below! Is *another* Robert Pattinson/Kristen Stewart break up on the horizon?