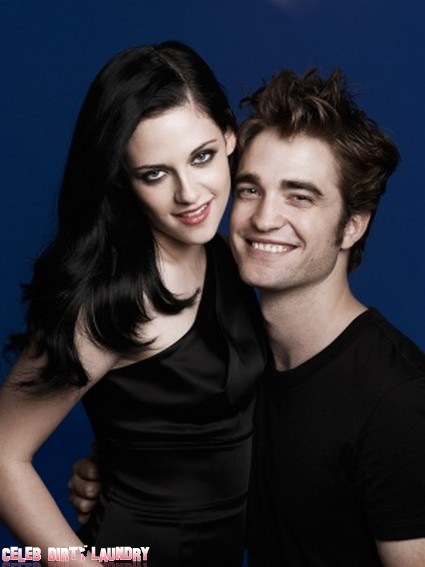 Robert Pattinson became a household name with the Twilight saga. He became the biggest star on the planet, along with his co-stars, Kristen Stewart and Taylor Lautner. The trio graced film posters in windows of every shopping mall on the planet. Millions of new-gen Twilight fans stood in the glare of the shop light and drooled, like George Romero zombies who look like Bruce Jenner. It all fell apart one fine morning, when Stewart decided that worldwide fame and the man of her dreams wasn’t enough. Pattinson became the centre of attention when Stewart cheated on him in the now infamous Huntsman-gate saga.

Sorry Patty, but we couldn’t handle the glare of your glitter bombed face in the sunlight in the first film, so who says we’re going to be able to handle it in Breaking Dawn – Part 2? Oh wait, you’re biting the sparkly hand that has fed you all these years, aren’t you? Oops, that’s our bad.

In a recent TimesTalk interview, Pattinson kicked dirt in the face of the franchise that has made him one of the most famous people on the planet, along with Ronald McDonald and Buddha. This is also the infamous interview where David Carr compared his and Kristen’s relationship to that of Princess Diana and Prince Charles. He said that since Twilight opened, he has “had four years of gradually being put more and more into smaller and smaller boxes, and you have a desire to break out.” Damn, how we wish Johnny Depp would listen to this advice about typecasting. He added, “You get stuck in this rut where you want people to think you’re something else, but you’re too scared to do what that is to actually be the other person.” Pattinson also moaned about reports that he was paid the amount of money equivalent to hiring a hit man to take out Ronald McDonald. According to Forbes, Pattinson earned $12.5 million for the last two Twilight films. Pattinson swears that this number is not true.

Dude, you’re as famous as Job, obviously you would have been paid this amount of money! Actually, when we come to think of it, this is the amount we spent on household bleach in order to rinse our eyes from the horrors of Miss World last night. Let us not digress; Patty shouldn’t be bitching about Twilight, because that’s like Jennifer Hudson bitching about her time on American Idol.

Let us know in the comments below whether you think Robert Pattinson should be kicked in the face for his comments.