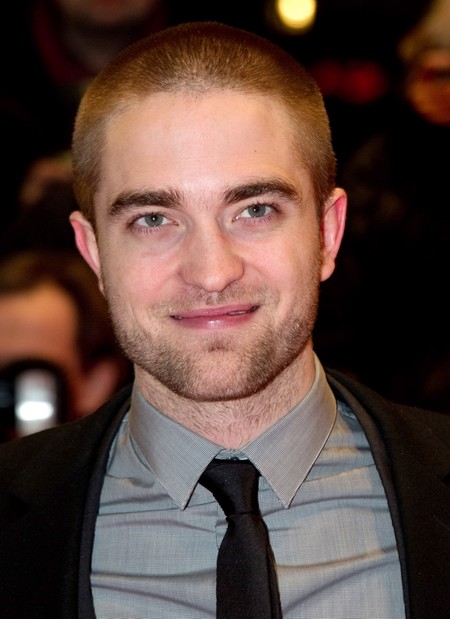 Robert Pattinson must now wear a wig but thankfully it is not due to any illness the studly star has suffered!   Along with the rest of the Twilight cast, Rob was recently called back to Vancouver for reshoots for Breaking Dawn: Part Two.  Only problem is that Pattinson opted to shave his head at the end of last year’s filming and has decided to keep the look.  That makes a wig necessary for continuity reasons.

The costume department hopped on the job of making him the perfect wig for the character.  A source from British newspaper The Sun says:

“The wig looks brilliant and nobody will notice. Robert didn’t think cutting off his locks would be such a big deal.”

According to Twilight director, Bill Condon there will be no new scenes or new dialog filmed during reshoots.  On his Facebook page Condon writes:

“A film is a lot like a puzzle, with each piece – each shot, no matter how brief – needing to fit exactly with the ones around it. Our Part Two puzzle is finally coming into full view, and in a few weeks we’ll be heading back north to pick up some additional shots – the last tiny missing pieces.”

Pattinson first debuted his shorn head at The People’s Choice Awards earlier this year.  Not all Twihards appreciated Pattinsons’ look and many took to their Twitter accounts to bash the star’s close-cropped appearance.

“I want to marry robert pattinson, but not whilst his heads still shaved. He needs to grow his hair back though,” one tweet read.

Do you prefer Pattinson’s shorter hair or do you miss the waves that his character Edward Cullen favors?  Let us know in the comments below.