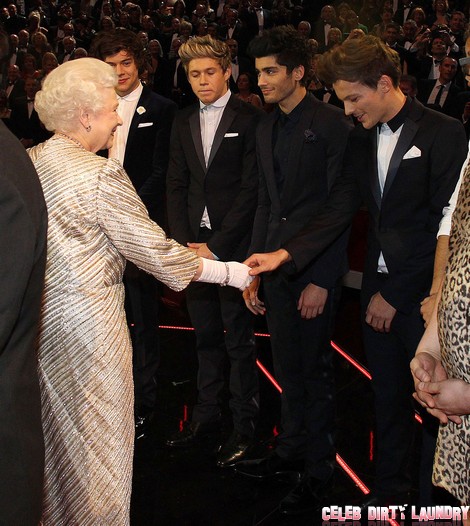 Simon Cowell’s X-Factor UK super group – consisting of Harry Styles, Niall Horan, Zayn Malik, Liam Payne, and Louis Tomlinson – is one of the most popular boy bands in the history of modern music. One Direction, as they’re collectively called, took over the planet with their catchy pop tunes, superstar good looks, and good ol’ sweet boy next door attitudes. Their global domination has, however, not yet touched the untouchable himself, Mr. Robert Pattinson.

In a brand new interview, Pattinson revealed that he doesn’t even know any of One Direction’s songs. Asked whether he had a favorite boy band, he responded, “Westlife, definitely. Westlife are one of my favorite bands. I actually don’t know any songs that One Direction have done. I’ve just seen pictures of them all the time.” The actor should enlighten himself and listen to some sugary pop One Direction goodness – they sing songs about anonymous girls they can’t date, and frolic like a group of shy nudists in their music videos.

Although we’re not One Directioners, we still know their music extremely well. It’s really, really hard to miss. If you drive to work in the morning, and you see middle aged men scream in their cars, you know a One Direction song is most probably playing. (Their music is like an autoimmune disease – it flares up intermittently and attacks you when you least expect it.)

However, if only Pattinson paid as much attention to his choice of women as he does to boy bands, his life would have been much easier. Instead, the Twilight star is stuck with that horror of a woman, ol’ sour cakes Kristen Stewart. Perhaps Pattinson should take her on a date to one of their concerts? She would enjoy it. She is, after all, the entertainment industry’s McDonalds – just like One Direction!