Robert Pattinson Is Drool-Worthy On The Cover Of Russian GQ 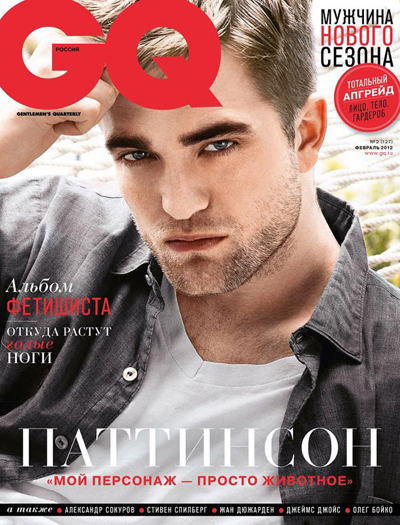 Look out Ryan Reynolds, you might just have some competition for next year’s Sexiest Man Alive award.

Robert Pattinson is the cover model for the February issue of Russian GQ, and he looks very grown-up and handsome, sporting a smoldering gaze and what looks like the beginning of a beard. (The photos were clearly taken sometime last fall when the 25-year-old actor, who is now clean-shaven, was going through his scraggly facial hair phase.)

Not only is he pretty to look at, but according to Holliday Grainger, his co-star in the upcoming film, Bel Ami, RPatz is also a down-to-earth, nice guy, who’s been unchanged by fame.