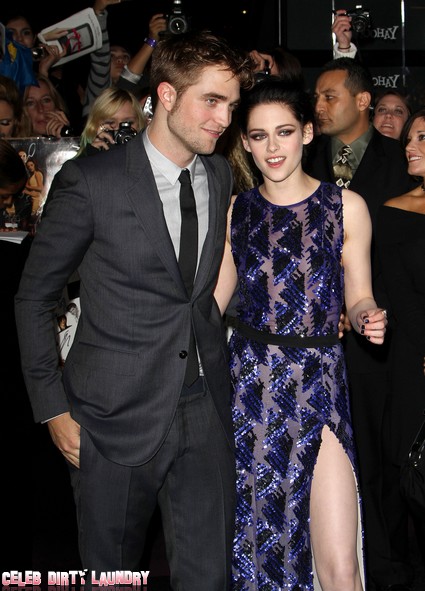 Rob Pattinson and Kristen Stewart are obviously in a relationship says their Twilight co-star Daniel Cudmore but it is none of our business he adds. While Rob and Kristen have kept their relationship quiet for years it has been clear to their fans the two were a hot couple. Reports are that although the couple are modest during public appearances their affection for each other still comes through.

Daniel Cudmore, who plays Felix in the series, has had ample opportunity to get up close and personal with Rob and Kristen – he spoke to Ology:

“Yeah, they–did they come out about that? I don’t know. Yeah, I don’t know. It’s funny because I think the whole time everyone–it doesn’t matter who you are and where you are–when you see two people together you know.”

“You could just tell whether or not they are in a relationship. But you know at the same time like it’s not really any of our business to pry or poke and at the same time they just kept it very professional. So–and then obviously they are trying to hide it from everybody else.”

Cudmore added that keeping their relationship out of the public eye is very difficult for the celeb couple:

“That’s the tough thing, and I give kudos to the people on the top positions, because all of the things that they have to deal with on top of just trying to deliver on set every day and be the face of a franchise.”

“I mean I couldn’t imagine the pressure that they were going through with everything else on the side.”

I always thought that Rob and Kristen were an obvious couple. I just wasn’t sure – and I’m still not – if they are together out of love for each other or love of the Twilight franchise.