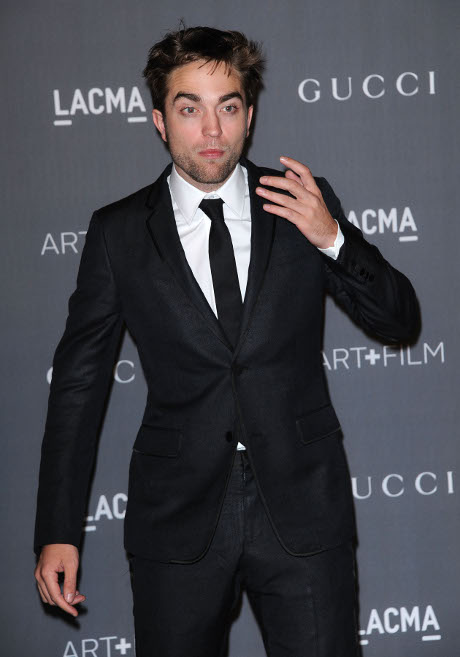 In an interview with Notas Para Ti magazine, Robert Pattinson made a comment that Kristen Stewart just might be offended by, because he basically says that he hasn’t fallen head-over-heels in love before. At least not like his Twilight Breaking Dawn character, Edward Cullen, has. While being questioned about what he liked most in Edward’s character, Rob replied “He’s very passionate and honest. I’d love to love like that; Bella is everything to him. I have not fallen as hard as Edward does.”

Seriously, Rob? You’d love to love like that? You haven’t fallen as hard as Edward did? Haven’t you been in a relationship with KStew for over 3 years? I would think that if I were in a long term relationship with someone and then that person made a statement like Rob’s, well, I would be crushed. That would mean that I meant nothing. Kristen, did you hear that, because we all did.

Rob was then asked who he had the most chemistry with during filming, to which he said, “We all got along famously, nobody isolated, everybody hung out together. I don’t think anyone hates me.”

That little nugget of honesty is very telling. Wouldn’t you have had the best chemistry with Kristen? Again, after 3+ years together, Rob is going to answer these questions like Kristen doesn’t matter? This is just silly now. And we all know not everyone hung out together. I’m pretty sure Rob and Kristen isolated themselves.

But I do have to ask . . . did he say he’s never loved like that because he truly doesn’t love the person he’s in a relationship with or is this relationship even real? Are the rumors true? Is this love story just another acting gig performed to keep the fans happy? This would have to be their best performance yet, because I sure fell for it hook, line, and sinker.

Let me know what you think, CDL readers? Is their love a sham or just a shame?