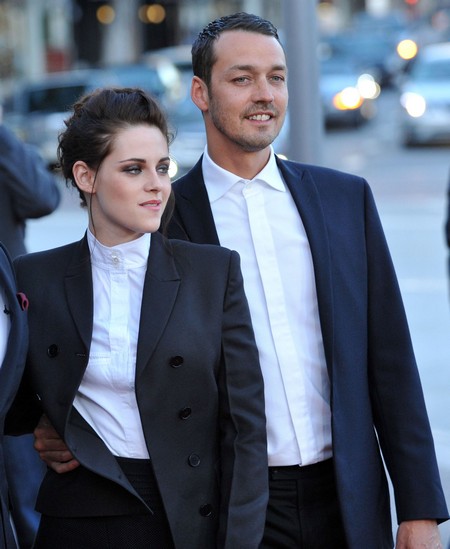 A film without an audience is like that kid on Facebook who has only 12 friends. People sneer at him and laugh at him and say things like ‘You’re a fake profile! LOL!’ Little do they know, Johnny Forever Alone Boy isn’t fake, he just doesn’t have many friends. He never made them, you see, because in between taking part in online death matches of Call of Duty, he never had the opportunity to learn social graces and how to interact with friends. There’s someone else we know who is also not very adept at social graces, namely Kristen Stewart, who is also worse at acting than Marilyn Monroe after too many pain meds.

Robert Pattinson’s female fans have life sized cut-outs of Kristen Stewart in their rooms. They use black markers to make moustaches and ugly eyes; they cut her head off with knives their mother bought one late night after watching an infomercial that promised “a cleaner, more eloquent cut.”

The Pattinson fans do not merely sit all day with cardboard snippets in their hands, they also plan campaigns to hit Kristen Stewart where it hits the hardest – the wallet. According to Hope Carson from Celebs.gather.com, “Rumor has it that Rpattz’s legions of female fans are going to boycott La Stewart’s future films. Ouch.”

Carson quotes an insider, “Kristen’s the most hated woman in Hollywood. Female moviegoers have been looking for a reason not to like her and now they have it. Lots of Rob’s huge army of female fans will boycott her films. It’s going to be a long road for her to come back, professionally as well as personally.”

Hey, almost like that time Chris Brown kicked Rihanna in the face? Or that time Brad Pitt left Jennifer Aniston for Angelina Jolie? Scandals create drama, yes, but they rarely influence the film industry. A film goes ahead as planned, without the studios paying much heed to the legions of fans planning to boycott future films.  See, it is a bit of a paradoxical situation – a film being boycotted by fans usually leads to a piqued interest and hype surrounding the film. A film boycott results in more ticket sales than without a boycott. Hey, it’s free marketing!

Pattinson fans are planning the eventual downfall of Stewart, which is a bit surprising seeing that none of these fans ever met Stewart or Pattinson. For all they know, Pattinson could be a cat hater! (How can anyone hate fluffy kittens?)

Let’s hope Stewart makes a crappy movie filled with bad one liners and extensive plot holes, shall we? Revenge is best served with a film plot reeking of arsenic poisoning.