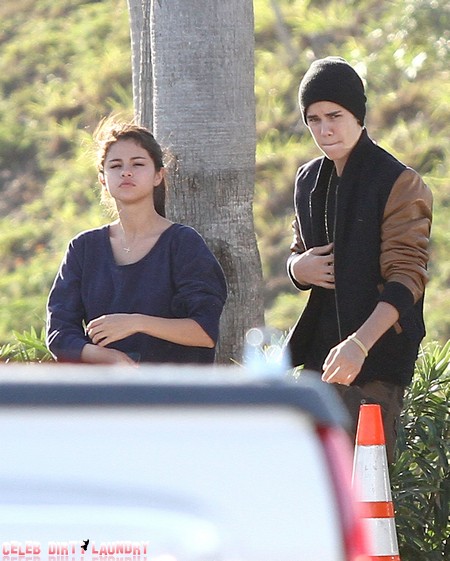 Justin Bieber and Selena Gomez are a young couple in love but gossip sites continue to suggest that Jasmine Villegas wants Justin back and is feuding with Selena.  At a recent event Jasmine, a former GF of Justin’s, was collared by an aggressive reporter who tried to get the starlet to compromise herself.  The reporter put Jasmine on the spot by basing his questions on Selena and Justin and her interactions with them.  What a snake.

Poor Jasmine – just because she had the good luck to have Justin before Selena did, she now finds herself the center of controversy.  With those rabid fans of Selena and Justin always looking to protect their idols, Jasmine always needs to walk the line.

Of course when there is no real news you can count on the news media trying to stir some up!

BSCKiDS reports the story:  Jasmine Villegas was caught up with at a recent event and of course, she was asked about her rumored rival Selena Gomez. Since Jasmine has worked with Justin Bieber before, was a rumored girlfriend of his and is now no longer tied to him by any connection. The reporter could not help but try to stir the pot and ask her about working with the current girlfriend of Bieber’s. Jasmine handled it well and if you are curious as to what she had to say, you will have to watch the video down below.

I do feel bad for Jasmine. You can tell it is a sore topic with her and that isn’t fair for her or her fans. In addition, with being on the spot she has to still be polite and poised if you want to avoid drama. She really did act very professional on more than one level, which could not be easy when the media tries to set you up. However, she did a great job and I have no doubt that she would be able to work with Selena with if it was needed. Jasmine seems like a very professional singer who can hold herself well, even when facing the not best scenarios.