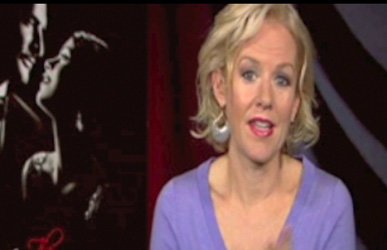 Shannon Rose, better known as “Mr. Hollywood” sits down with actress Penelope Ann Miller in an exclusive interview for “The Rose Hollywood Report” about her new movie “The Artist”.

The Artist is a movie based in the 1920s when Hollywood was being introduced to the new fashion in movies, talking motion pictures.  A silent film actor George Valentin is worried that his career could be over when silent films are pushed aside for this new trend in motion pictures.

“Mr. Hollywood” Shannon Rose talks to Penelope Ann Miller about her role as “Doris” in the movie.  He gets the inside scoop on her involvement, what the movie was about and how this movie addressed a real concern for most stars in the late 20s.